Ready to quit politics if my allegations are false: Sankalp Amonkar 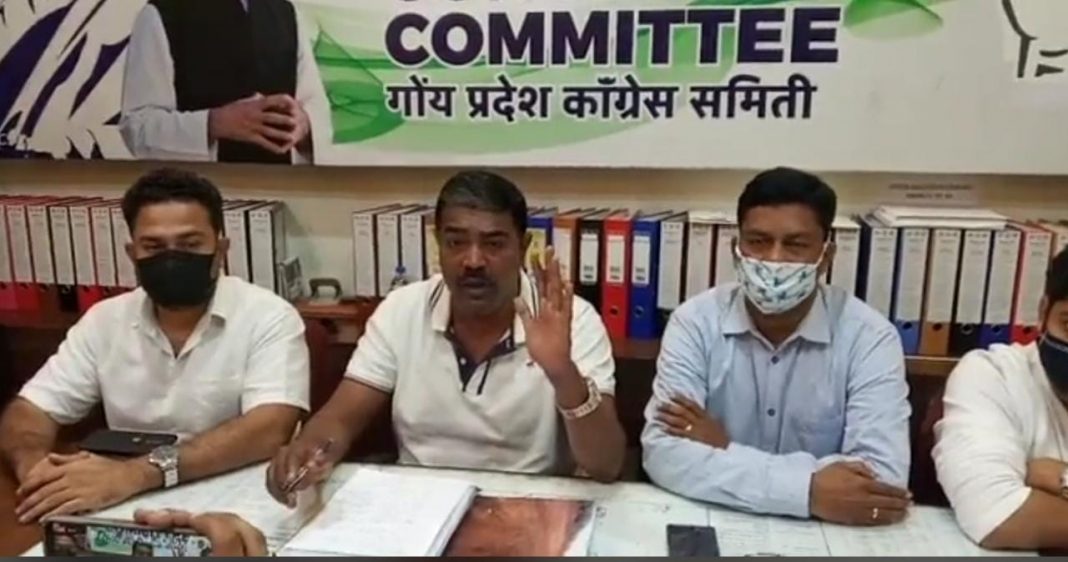 Panaji: Goa Pradesh Congress Committee (GPCC) Vice President Sankalp Amonkar on Friday filed a police complain against Kodee Resources, Department of mines and geology, Urban Development Minsiter Milind Naik and MPT alleging  that around 1800 tones of iron ore cargo from Mormugao Port Trust (MPT) was loaded into barges and subsequently to a ship using illegal procedures.
Amonkar has demanded that an FIR be registered and a thorough enquiry be initiated in the incident in quick span of time before the ship sails out of the port with the alleged illegal iron ore cargo. Amonkar while demanding that the machinery used in the incident be siezed  has also said that he will file a PIL on the issue and approach the courts in the matter. “The police must take quick action and act before the ship sails out with our national asset. Plans to file PIL and go to Courts,” Amonkar added.
Responding to the BJP Mandal press conference, Amonkar said that he was willing to face any number of defamation cases but would not back out from taking public issue. Amonkar said that it was for the authorities to probe the matter and give justice to the people and that he was even willing to resign from politics if the matter raised by him was only for political mileage.
“We have come as citizens of Goa and filed a complain at Sada Police station against Kodee Resources, stevedore Milind Naik , MPT and DMG. We have given all necessary documents and photos. I have told the PI Paresh Naik that if the cargo was sold by e auction, there was no need for screening and excavation. The stock cargo that has been loaded is known as spillage and left over cargo and the actually procedure is that the material is screened , weighed , checked for grade and then sold to highest bidder. MN Construction, stevedoring company owned by Milind Naik has taken pernission to bring in a trailer but Instead got a excavator ,wheel loader and screener and carried out the work without the knowledge and permission of MPT,” said Amonkar.
“There is news that gate supervisor, asst traffic manager and wharf superintendent has been suspended and this shows that there was some illegalities happening in MPT.  The Government is trying to pressurise the MPT Chairman and using departments like DMG and others like puppets.
It is the need of the hour to have a thorough enquiry in the incident and action has to be taken in quick time before ship sails from Goa port,” said Amonkar
“Today JSW ,Adani are operating and everyone knows wether Goans are employed or not. This is not my personal issue and basically about the theft of our national asset and I have only taken a people issue. I don’t mind any cases on me as long as action is taken,” Amonkar added.
“I don’t care about BJP Mandal and should I apologise to the Urban development minsiter who has stolen the national assets. I am ready for 100 defamation cases. How can Milind Naik say that MPT is involved in theft if any. U challenge him for an open debate . I am only doing my job as an opposition and I want to tell the Mandal that they were sleeping during lockdown  while we Congress were active on the field and helping the people,” said Amonkar.
“Murari has no standing and his family members are calling me after watching TV and appreciate my work and my Karyakartas are enough to contest against Leo Rodrigues and defeat him,” said Amonkar.
- Advertisement -