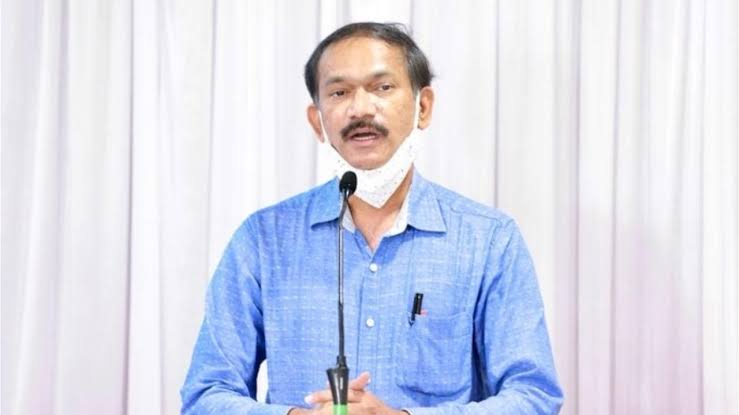 In his series of social media posts today, Girish Chodankar has posted the copies of Letters and Memorandums submitted before the Governor of Goa, Director of Vigilance, Chief Electoral Officer, The Chief Secretary and The Director General of Police signed by him and former Leader of Opposition Digambar Kamat and Youth Congress President Adv. Varad Mardolkar alleging the irregularities, favouritism and corruption in recruitment of staff in various Government departments.

“We reiterate that PSI/Constable recruitment is a mega job scam of BJP Government. Chief Minister Dr. Pramod Sawant has constituted a Committee to cover up the wrong doings. The Committee is appointed only to watch video footage of physical efficiency test of PSI, when actually the entire process was compromised. How will Committee investigate on Candidates failing in Constable exams, while scoring full Marks in PSI Exam conducted by Goa Board?” Girish Chodankar posted on his social media handles.

“Internal assessments has found truth on my complaint dated 22.02.2022 and I stand by my charges word by word. Government must constitute S.I.T. or Enquiry Commission headed by Retd. High Court Judge as per our earlier demand for probing entire process of all Government recruitments done from 15.10.2019 by sideling Goa Staff Selection Commission” Girish Chodankar has further mentioned in his post.

It may be recalled that the Congress Party had aggressively opposed the hurriedly done recruitment by the previous BJP Government.

The Chief Minister Dr. Pramod Sawant had announced few days back to form a Committee to check the video footage of the physical fitness tests of the candidates who had actually failed in physical test but were marked as fit. Former Congress President has objected to the Chief Ministers announcement terming it as an attempt to cover up the wrong doings of the Government.