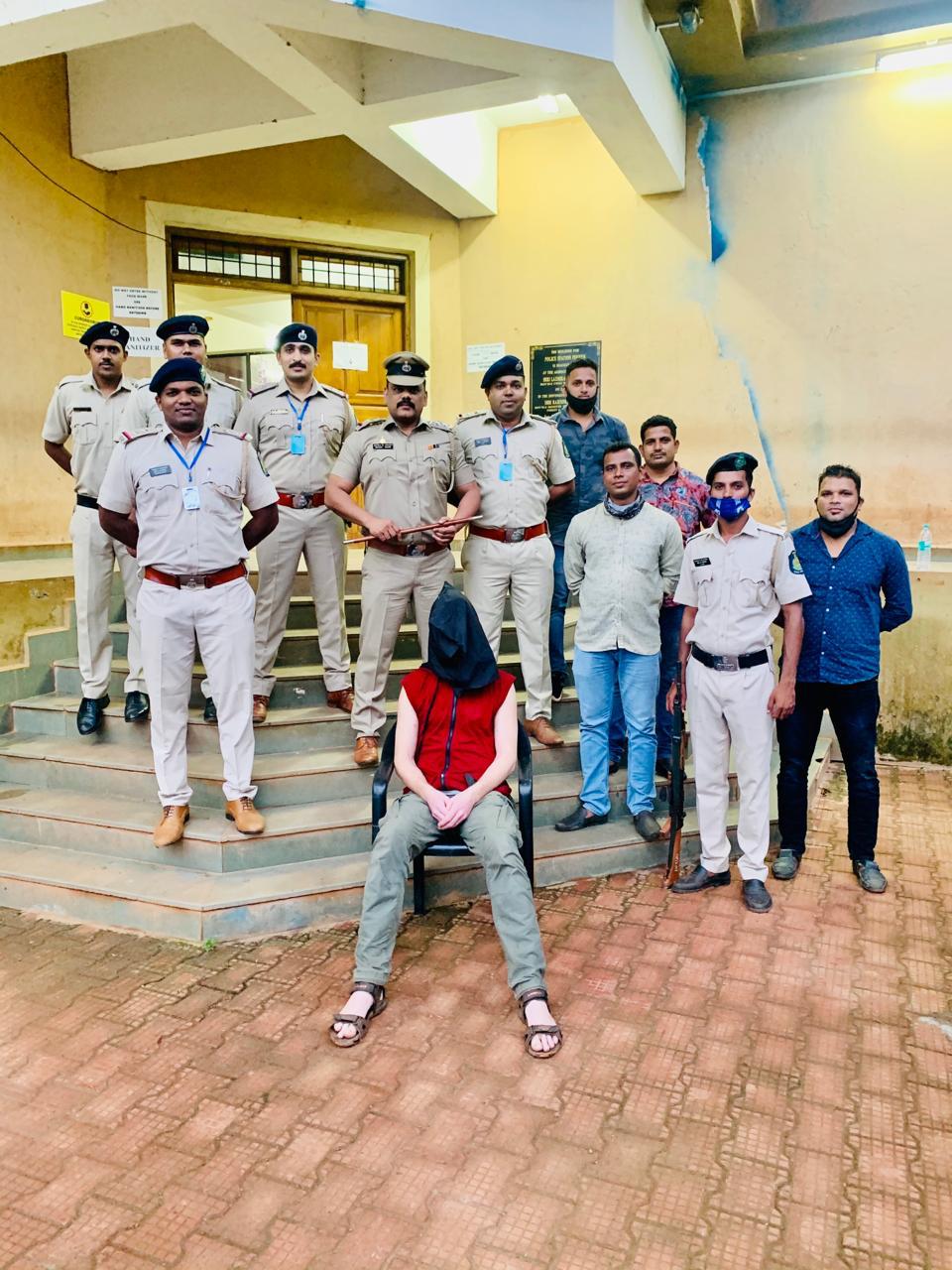 Pernem: In two different Narcotic raids by Pernem Police, a  Russian national was arrested for illegal  possession of drugs at Mandrem while cannabis plantation busted at Arambol.

Further based on the information the accused person was found staying at sawantwado mandrem pernem goa and a search was conducted during which narcotics substance namely Charas and ganja was found in his possession. The Charas is valued around Rs.25000/- in the market and ganja valued around 1 lakh and 6 thousands. And all narcotic drugs siezed around 131000/- in international market.

The raid went in from  afternoon till late evening.

An offence under section 20(b)(ii)(A) of NDPS Act has been registered and accused person identified as Mr. Oleg Nazarov, age 37 yrs, Russian national has been placed under arrest and is currently in police custody. Interrogation is currently going on to find out the source of drugs.

Later in the evening within a period of 2 hours yet another  narcotic raid was conducted during which   cultivation of cannabis plant was seized.

As per PI Jivba Dalvi information was received regarding cultivation of cannabis plant in open place of property bearing survey no. 107/85 in the village Arambol Pernem – Goa.

Accordingly a raiding team was formed under the supervision of PI Jivba Dalvi consisting of PSI Sanjit kandolkar and staff consisting of pc gaja sawant, pravin mahale and sachin gawas and shilesh parcekar.

Further based on the information the search was conducted in open place in the vicinity of house at madhlawada Arambol Pernem Goa, during which illegal cultivation of cannabis plant was found which was valued around Rs.175000/– in the market.

The raid went on from  afternoon till late evening.

An offence under section 20(a) of NDPS Act has been registered against unknown accused person for cultivating cannabis plant illegally in the property bearing survey no. 107/85 at madhalwada in the village Arambol Pernem Goa. Further Pernem Police are investigating this case to find out the exact owner of the property and have sought details from the Revenue Department.

Further investigation is in progress under the supervision of SDPO Shri Gajanan Prabhudessai and SP North Utkrisht Prasoon, IPS.