Pernem Police arrest one for committing theft of motor of fishing boat. 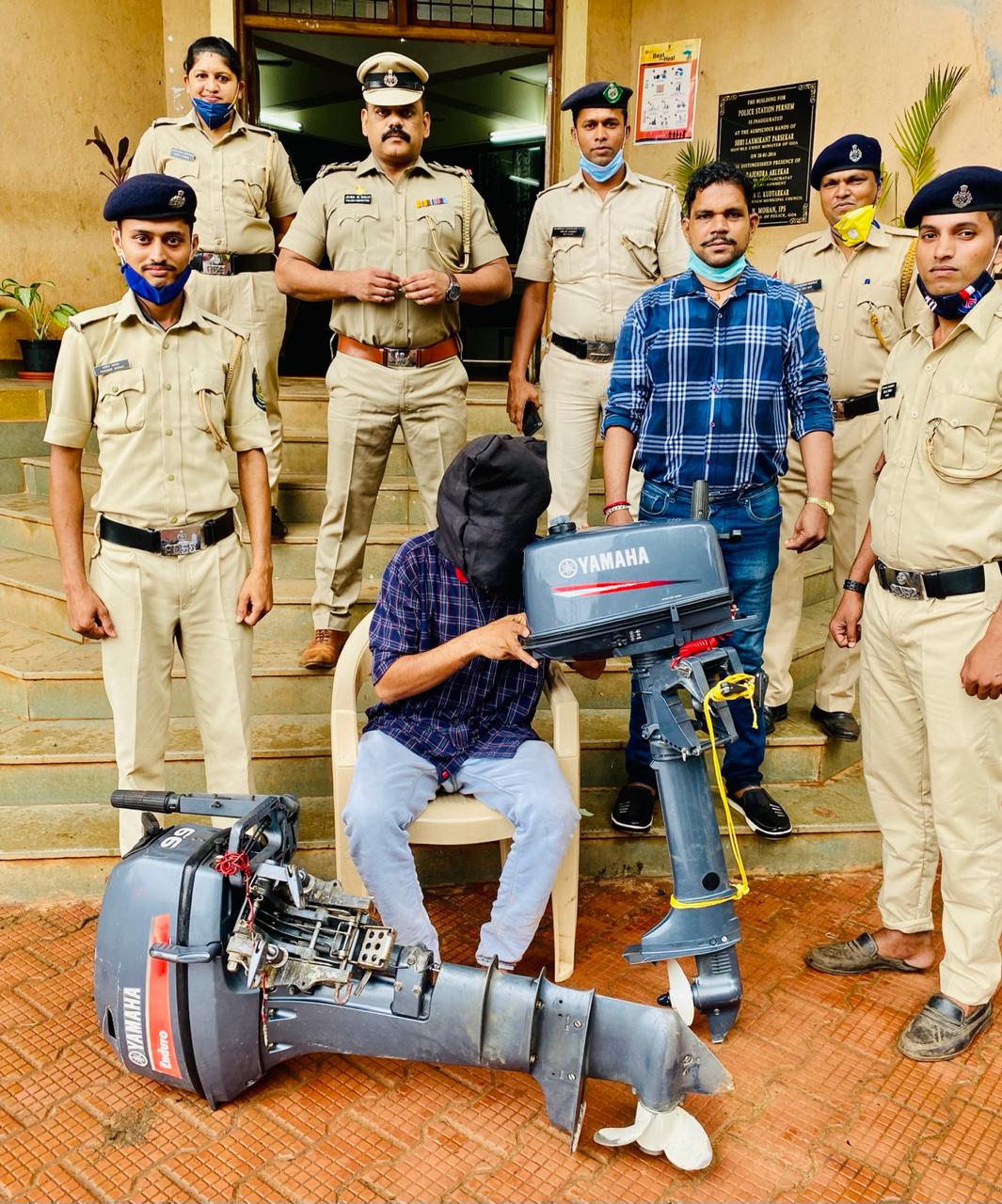 As per PI Jivba Dalvi a complaint was received from Mr. Rohan Pednekar R/o Dhaktebag Keri Pernem Goa informing that his motor fitted to a fishing boat was stolen on 10/07/2021.

Accordingly a team of Pernem Police was formed and intelligence was collected during which CCTV footage was also analysed and the accused person was traced on 13/07/2021 and placed under arrest and currently lodged in lockup.

Police have also managed to recover the stolen motor worth Rupees One lakh eight thousand from the accused person. Along with the stolen motor another motor engine of a fishing boat was also found during the house search of the accused person. Hence total property recovered is now worth Rs 3 lakhs.
Accused is being further interrogated to find out from where the second recovered motor is stolen.

Further investigation is in progress under the supervision of SDPO Mapuca and SP North Shri Shobit Saxena IPS .