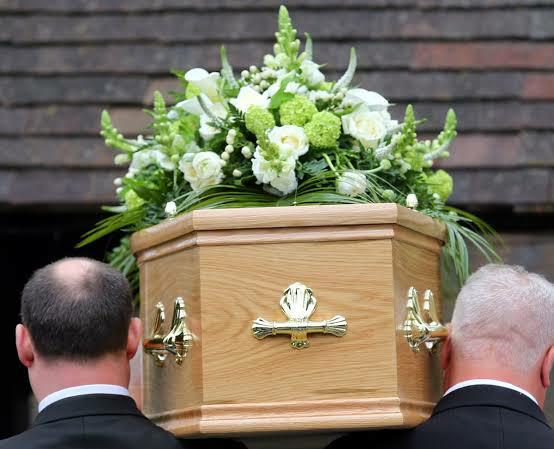 Does the right to live with dignity extend to deceased persons too? Can a law mandate the public to treat a deceased person with respect?
The Corona virus is breaking the records each day and those who are less fortunate have succumbed to deaths. Many images of people cremating the bodies of their dead relatives on footpaths, barren grounds are surfacing the internet which makes one wonder if this is the right way to perform last rites of the dead?
In a classic play ‘Antigone (Sophocles) written in Greece before 441 BC the writer presented a question before the public through his Dramatic play “ Should Polynices, who committed a serious crime that threatened the city, be given burial rituals, or should his body be left unburied for scavenging animals?” Antigone his sister decided to bury her brother inspite of the law expressly forbidding her, she reckoned that  “beyond the state law which forebode the burial of Polynices there existed a divine law which was supreme, this was the divine law of Gods which mandated her to lay peacefully those who are dead.”
Even before the adoption of our constitution in 1949,before thousands of years the right to bury with dignity was discussed in Greek play, the classic drama of Antigone exemplifies how the ancient Greeks were ahead of their time to think about honouring a dead person even if he was a criminal.
The constitution of India also recognises right to bury.  The Constitution discusses protection of life and personal liberty which is guaranteed under Article 21 this Article has been interpreted by the Supreme Court in many instances. Right to dignity which is guaranteed under this article is not merely restricted to a living human being and is extended to a dead person too.
In the case of  Ashray Adhikar Abhiyan v. Union of India, the court held that it is the obligation of the State to have a decent burial to the deceased person as per their religious belief.
In Goa However there is no uniform law which would govern the rights of the deceased person guaranteeing him/her a respectful burial as per the personal law. IN the absence of public burial grounds the deceased are burnt and/or buried in their own property.
To understand how the legal rights extend to a person even after his death Team Goa News Hub approached Ex- Union Law minister of India and Deputy Chief minister of Goa Ramakant Khalap who had played a monumental role in preparing  a draft Goa Public Crematoria and Burial Places Bill, 2009.
Khalap Said “Last  rites  of  the  deceased  person  are  usually  performed  with  solemn
ceremonies.  Christians  as  a  rule  have  burial  places  in  the  precincts  of  the Church. Muslims have their kabrasthan at specified places. Hindus too have
smashanbhoomis.  Some  public  smashanbhoomis  and  kabrasthan  are  also
located  in  some  of  the  major  villages  and town  of  Goa.”
“ In Goa Unfortunately some  smashanbhoomis  are  earmarked  a  per  the  caste system  prevailing  in
the  villages.  In  the  recent  past  certain  unsavoury  happenings  have  underlined  need  to  have  public  crematoria  and  public  places.  There  have  been  incidents  even  though  few  in  numbers  wherein cremation  was prevented  because  of  differences  over  caste  considerations or the deceased was a stranger to that village.” Said Khalap
“Large numbers of  nonGoans and foreigners visit  Goa for various purposes. In  the  event  of  death  of  any  such  person  the  authorities  find  it  difficult  to cremate  or  bury  such  person.  In  remote such  villages  of  Goa  the  Hindus residents  usually  cremate  their  dead  in  their  own  land  for  which  usually  a piece of land is earmarked. This leads to existence of multiple crematoria in a village. Some non‐ Hindus also desire that their dead bodies be cremated. In the absence of public crematoria. it becomes difficult to fulfil such wishes.” Wrote Khalap in the draft bill
There is an urgent need to legally enforce this draft bill which can only be done once legislative assembly and legal department ratifies this draft bill. Right now public burial and crematoria ground exists in Panaji but not in all villages across Goa. The Panchayati Raj Act 1994 speaks about construction of burial and crematoria grounds, but these are not constructed everywhere. The Section 95 (1) of the act  says     “No new place for the disposal of the dead whether private or public, shall be opened, formed, constructed or used in a Panchayat area unless after an application for the purpose is made and a licence is obtained from the Panchayat.” It appears that legislature lacks the political will to enact this law perhaps because the dead don’t contribute to the MLAs by way of Voting.
- Advertisement -