Monserratte should make public the criminal cases against him: BJP 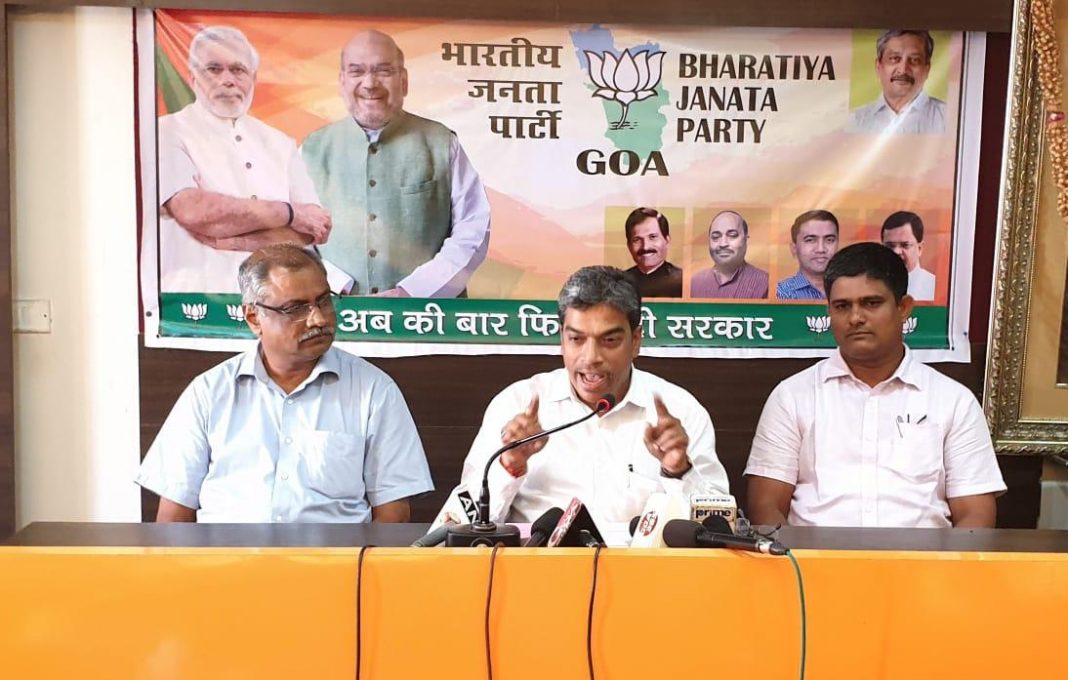 Panaji:  Bharatiya Janata Party (BJP) on Wednesday demanded that Congress candidate for Panaji by-election Atanasio Monserratte should make public, the criminal cases pending against him, which is mandatory as per the Supreme Court directives.

BJP Goa Spokesman Damodar Naik told a press conference that Monserratte is yet to make public the criminal cases against him through advertisements in the newspapers, which is necessary as per the Supreme Court guidelines.

Naik said that Monserratte should publicise details about the criminal cases pending against him, at least thrice, before the campaigning ends on May 17.

The by-election for Panaji Assembly segment is scheduled on May 19 in which Monserratte is contesting on Congress ticket against BJP’s Siddharth Kunkolienkar, Goa Suraksha Manch’s Subhash Velingkar and AAP’s Valmiki Naik.

The BJP spokesman stated that Monserratte has specifically mentioned in his affidavit filed before the Chief Electoral Office along with his nomination form, that there are four cases pending against him.

Naik said that the cases which are pending against Monserratte are of grievous nature including attack on policemen, POCSO act, damage to public property, money laundering and others.

Monserratte has been tried for raping a minor girl and human trafficking in 2016, and also for his involvement in attacking Panaji Police Station in the year 2010.

Naik said that Monserratte should make public his records “as soon as possible” as the voters should know the character of the candidate who is contesting on Congress ticket.