Mining stakeholders mount pressure on BJP, want them to follow the issue with centre 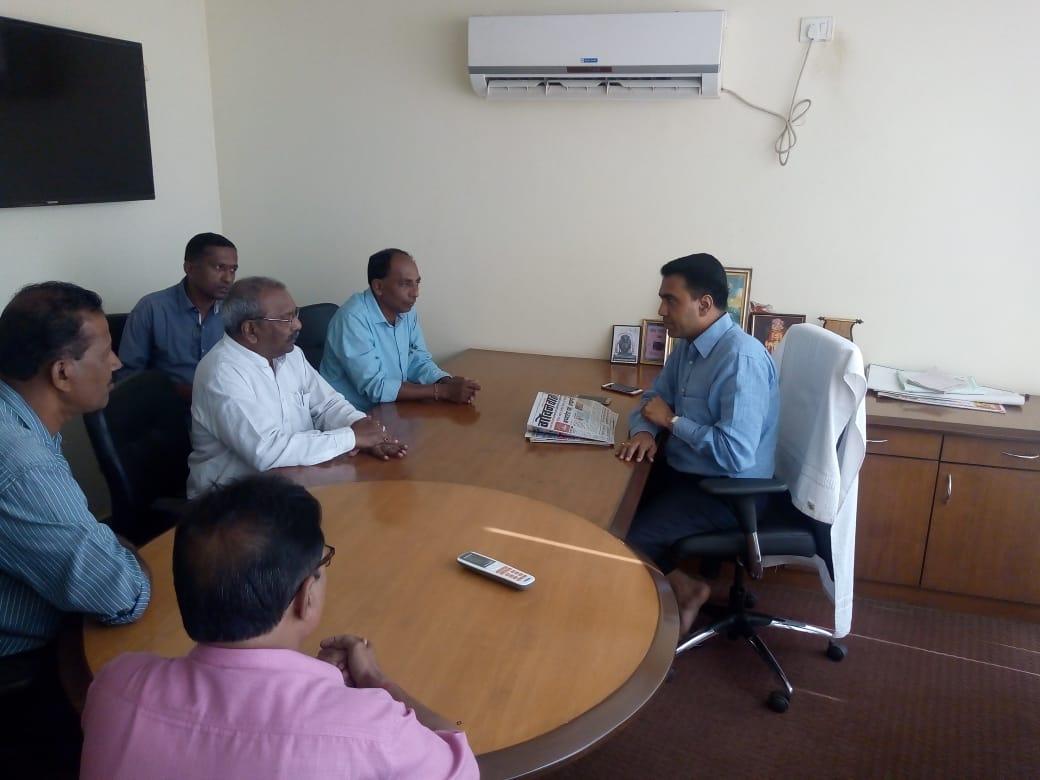 Sankhalim: More than 1,000 people dependent on mining industry met Speaker Pramod Sawant at Sankhalim to get the clarity on the issue of mining resumption.

Goa Mining People’s Front (GMPF) has asked Sawant to follow up the matter with the central government.

Sawant told the delegation of GMPF that the Central government would amend Mines and Minerals (Development and Regulation) Bill, 1957 in the upcoming winter session of the Parliament, scheduled to begin in December month.

The BJP MLA had met BJP National President Amit Shah along with Members of Parliament – Vinay Tendulkar and Narendra Sawaikar – both from Goa, last week.

Sawant said Shah had asked Union Law Minister Ravi Shankar Prasad to follow up the file pertaining to the amendment to MMDR Act, which is currently stuck in the office of Attorney General of India.

The BJP MLA said that next week, he would be following up the matter again by visiting Delhi, to ensure that the amendment of the act is discussed in the Central Cabinet before it is placed before the Parliament.

The mining industry in Goa has come to a standstill following Supreme Court order which has quashed 88 mining leases in the State.

GMPF President Puti Gaonkar said that the minor amendment to MMDR Act would help the mining leases to get extended life till the year 2037.

He said that the amendment can be moved in the Parliament during upcoming Session following which the industry can resume.

Gaonkar said that there are more than three lakh people in the State who are dependent on this industry, and are suffering due to closure of it.