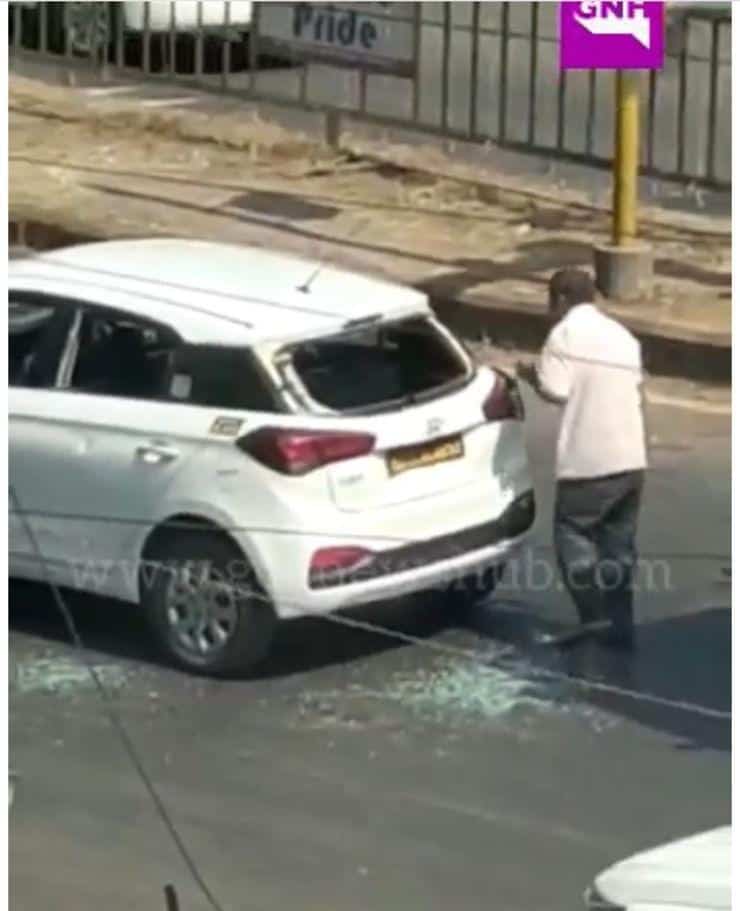 Porvorim: Goa Police detained a mentally unstable person for badly smashing  a car with hammer during broad day light on Porvorim National Highway on Saturday, in an apparent unprovoked attack.
The video of a man smashing the car had gone viral on social media on Saturday.
Police Inspector Anant Gaonkar said that the incident happened on Saturday at 11.45 am near O Coqueiro Junction, Porvorim when the driver of the car, Anthony Dias, was proceeding towards the Airport from Candolim.
“When the driver reached at the traffic signal, an unknown person came in front of complainant’s car in his motorcycle and stopped his car,” the Inspector said.
Police said that the accused started breaking the front windshield of the car along with both the glasses, back glass, all four doors, bonet, dickey, roof and left side head light of the car with a hammer.
The accused was taken into custody and was referred to Institute of Psychiatry and Human Behaviour, Bambolim as he has a history of mental illness, he said.
- Advertisement -

Previous articleAAP MLA Venzy Viegas draws criticism from Seamen Association
Next article#53rdEditionOfIffiGoa || Join for a conversation at #IFFIGoa on topic “Storytelling in The Era of Global Entertainment” followed by the #AsiaPremiere of #FaudaS4 today at INOX Panjim at 7:00pm