Maddel supports Mungul to defeat BJP in Ward No. 1 in Fatorda 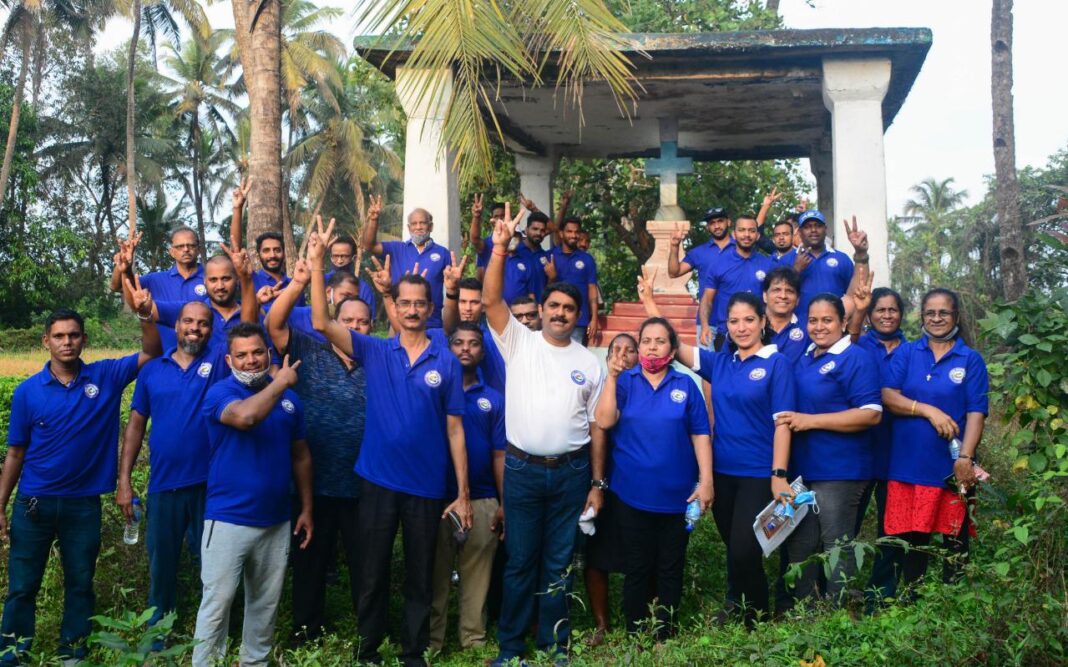 The Fatorda Forward panel backed by GFP President Vijai Sardesai has declared Francis Joanes, a candidate from Mungul to contest Ward no. 1 which consists of Maddel and Mungul areas. The same has been done after consulting people of Maddel and Mungul who decided to support his candidature with the sole goal of defeating the BJP in the upcoming elections.

Savio Dias a prominent resident of Maddel said “The previous Councillor after having been elected had abandoned not just Ward no. 1 but even Maddel. It was disgraceful for a councillor to achieve this feat of abandonment. It was a shame for entire Maddel too, hence this time we have pledged our unconditional support to Francis Joanes who is an honest and hardworking individual from Mungul”.

The wholesale fish market in Maddel is a hub for illegal trade. The stench caused by mismanagement by the authorities can be smelled across Maddel. The stray dog menace in Maddel too is only because of the mess created at the Wholesale Fish Market. The noise pollution that begins in the wee hours of the morning is a major problem to all the residents specially the elderly said Sudesh Prabhudesai, a resident of Maddel.

Francis Joanes thanked Vijai Sardesai and the people of Mungul and especially Maddel for having putting their faith in him to contest in Ward No. 1. He said that he intends to be an extension of the MLA in Maddel and Mungul and solve the issues which were left unattended by the previous councillor. My priorities would be to ensure the mismanagement at the Wholesale fish market be brought in check and ensuring that nuisance caused by the illegal trade that exists there be stopped. There have been complaints of certain anti-social elements running an extortion racket in Maddel, that too will be stopped immediately. Such persons who resort to such extortion don’t have the moral authority to contest an election. The people of Maddel have also complained of stray dog menace and I plan on bringing a solution to the issue.”