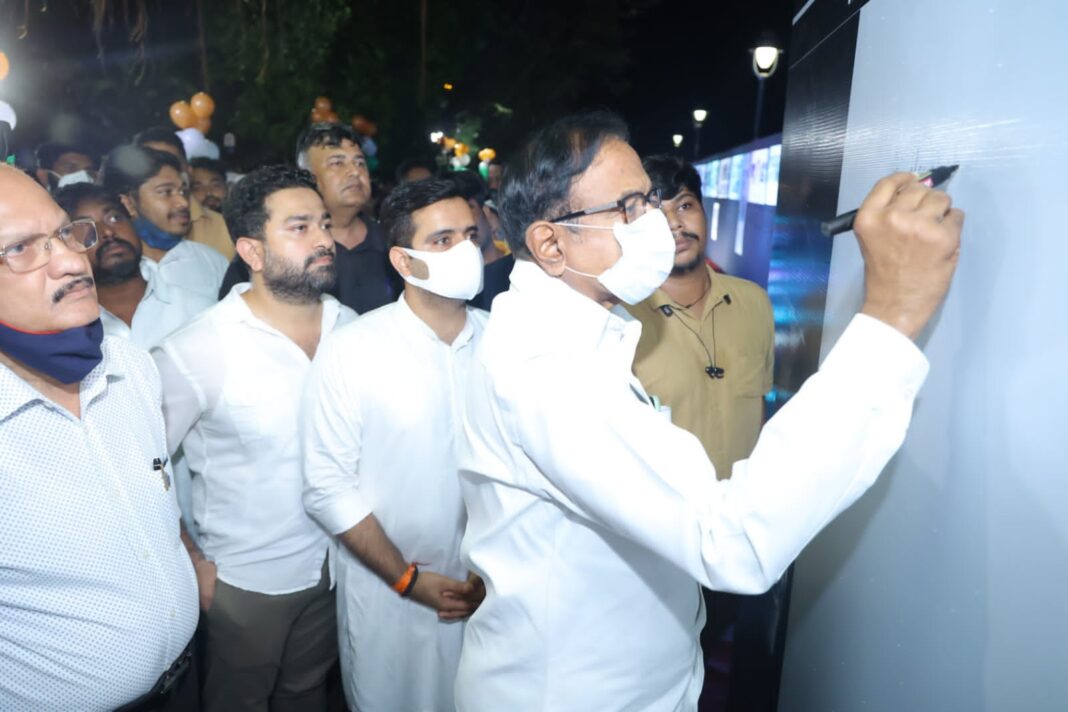 Around 150 feet long photo gallery, along river Mandovi opposite to Dempo House will be opened till 29th November for public.

The photographs displayed in the gallery traces Smt. Indira Gandhi’s journey in public life from being childhood to her becoming the Congress President, Minister, and eventually Prime Minister. This rare collection gives a glimpse of the Nehru-Gandhi family and Smt. Gandhi’s numerous achievements such as Liberation of Bangladesh War, Bank Nationalisation, Ending Privy Purses, and call for Eradication of poverty.

It also gives a sneak peak of her family life – her father and India’s First PM Shri Jawaharlal Nehru and sons – Rajiv and Sanjay Gandhi.