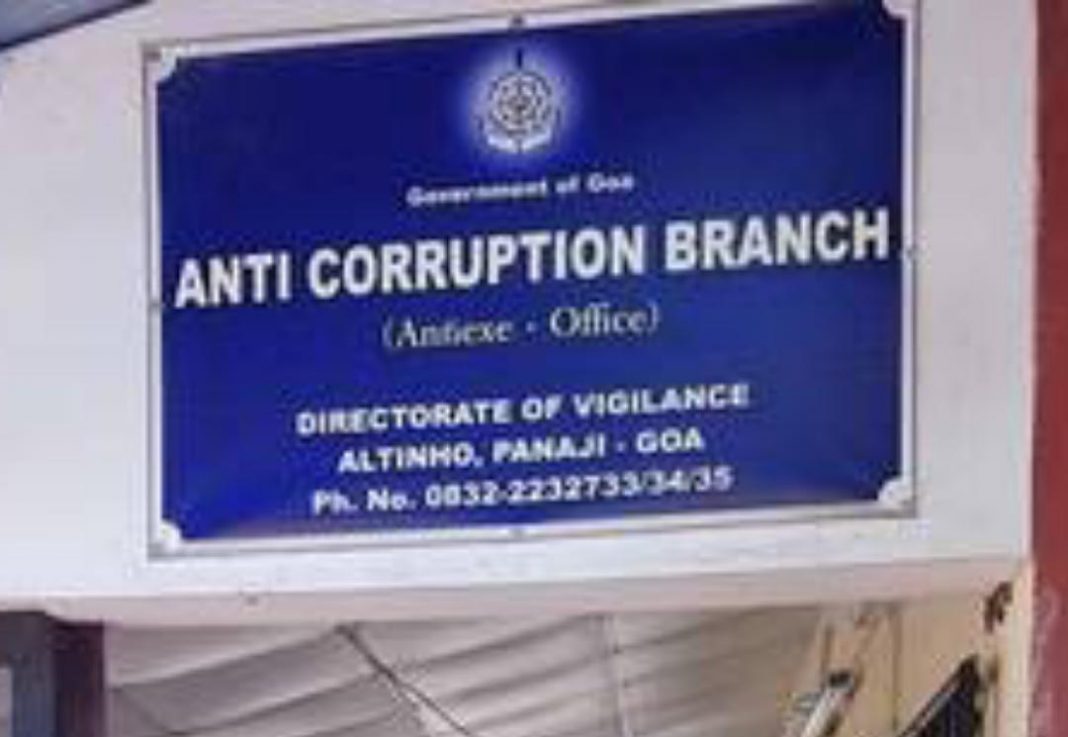 Strangely Goa Police’s Anti- Corruption Branch has submitted a statement to the Lokayukta which was signed by former Superintendent of Police Mrs. Priyanka Kashyap that Pandurang is still a Minister despite him having been dropped from the cabinet on September 24th last year.  Incidentally the then SP ACB Priyanka Kashyap was relieved from Goa last month after unprecedented six year tenure in the State.

Justifying to the Lokayukka as to why no F.I.R was registered against Pandurang Madkaikar after receiving a complaint from Adv. Aires Rodrigues, SP Priyanka Kashyap in her statement to the Lokayukta has stated that “Since the Institution of Lokayukta has already taken cognizance of the matter and commenced its inquiry, no useful purpose will be served by initiating a parallel Preliminary inquiry by the ACB. Further since the complaint is against a serving Minister in the Government it would be more appropriate if the investigation is carried out by an independent body like the Lokayukta ” as directed by the Chief Minister.

Pointing out that Pandurang Madkaikar’s Nikitasha Realtors Pvt Ltd had on 1st April last year inaugurated a huge palacial bungalow at Old Goa estimated to have cost around a whopping 200 crores, Adv. Aires Rodrigues in his complaint had demanded that the ACB register an FIR under Sections 13(1) (d) & (e) of the Prevention of Corruption Act 1988 and Section 120-B of Indian Penal Code against Pandurang Madkaikar and his wife Janita Madkaikar who is the Sarpanch of Old Goa and to speedily investigate the case.

Pandurang Madkaikar in his reply to the Lokayukta has stated that the palacial bungalow at Old Goa does not personally belong to him but to M/s Nikitasha Realtors Pvt Ltd of which he is the Managing Director and that the company has allowed him and his family to use and occupy the bungalow for their residential purpose.

Pandurang Madkaikar in his reply has further stated that the entire plot admeasuring 35,075 sq meters on which the bungalow is located was bought by  M/s Nikitasha Realtors Pvt Ltd  for a consideration of Rs 47,46,260 and that the company had till 31st March 2018 incurred a total expenditure of Rs 5,71,37,156 on the construction of that bungalow while from 1st April 2018 till 11.10.2018 an additional expenditure was incurred to the tune of Rs 1,11,45,944.

Pandurang Madkaikar had further stated that the entire expenditure on the development of the bungalow, swimming pool and the compound wall having been incurred by the Company it cannot be treated as his personal asset and his source of income.

Adv. Rodrigues on 7th June last year filed a complaint with the Lokayukta over the inaction of the ACB in probing the complaint against Pandurang Madkaikar.