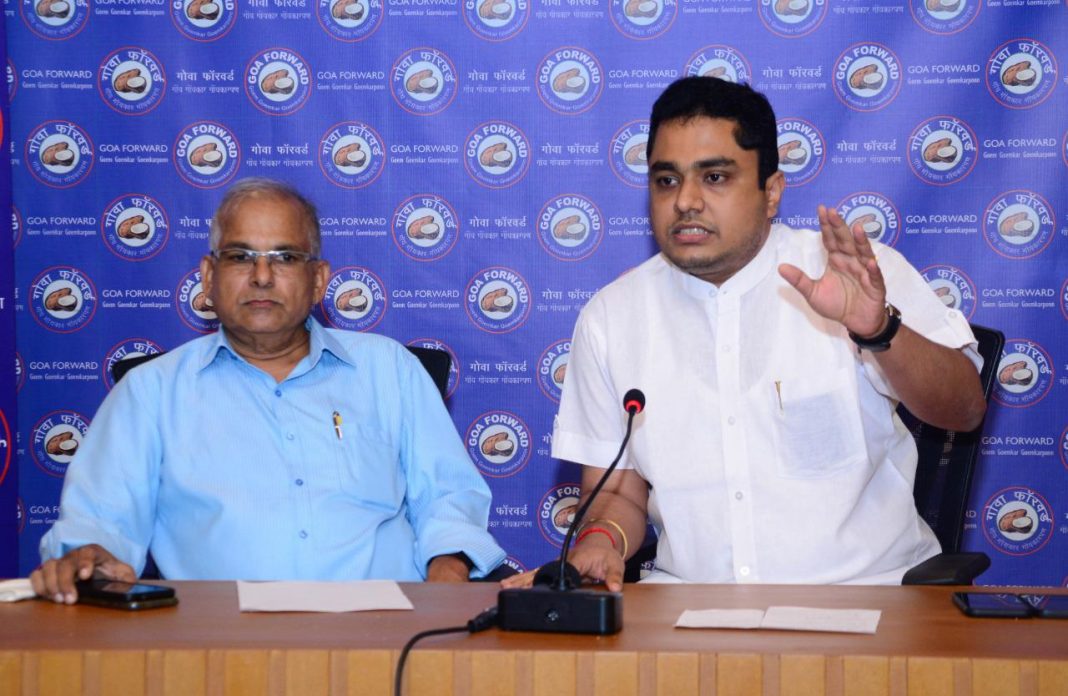 Margao: While addressing the media at Fatorda, Goa Forward General Secretary, Mohandas Lolienkar said that the Government is taking Goemkars for a ride. It is now learnt that a Valpoi Police Inspector Sagar Ekoskar has stamped on the chest of a lady at the Melauli site. If this is true then the concerned officer should be immediately terminated from service. Goa Forward Party condemns the brutal lathi charge on the villagers. A high level judicial inquiry should be conducted with regards to this incident said Lolienkar.

I recall our earlier days in the late 70’s and early 80’s when we too would agitate over various issues,then Chief Minister, Mr. Pratap Singh Rane never behaved in such an arrogant manner. Chief Minister Sawant and his Government have got a lot of ego. Ego doesn’t sort out problems said Lolienkar. The BJP is currently popularly known as the Bharitya Ganja Party. Trust deficit is the major cause of protests all over Goa. The Government has failed to win the confidence of the people. If the Government needs to execute any projects, then Goemkars need to be taken into confidence said Mohandas Lolienkar.

After the Zilla Parishad results, CM Pramod Sawant’s body language has completely changed. Arrogance has gone to his head. Post Zilla Parishad results, the Chief Minister wants to just bulldoze and force projects on Goemkars. CM Sawant’s head is filled with a cocktail of Ganja and Power said Goa Forward Vice President, Durgadas Kamat. Deputy CM Azgaonkar and PWD Minister, Pauskar always say that this Government led by Pramod Sawant is of Bahujan Samaj, but today Sawant has shown that his government is only of rich people and not of the Bahujan Samaj said Kamat. Big people who are into cannabis cultivation and involved in mafia activities get appointments easily with the Chief Minister ,but the poor are given lathis by this Pramod Sawant led government said Goa Vice President, Durgadas Kamat.