I joined the right party at proper time: Dayanand Sopte 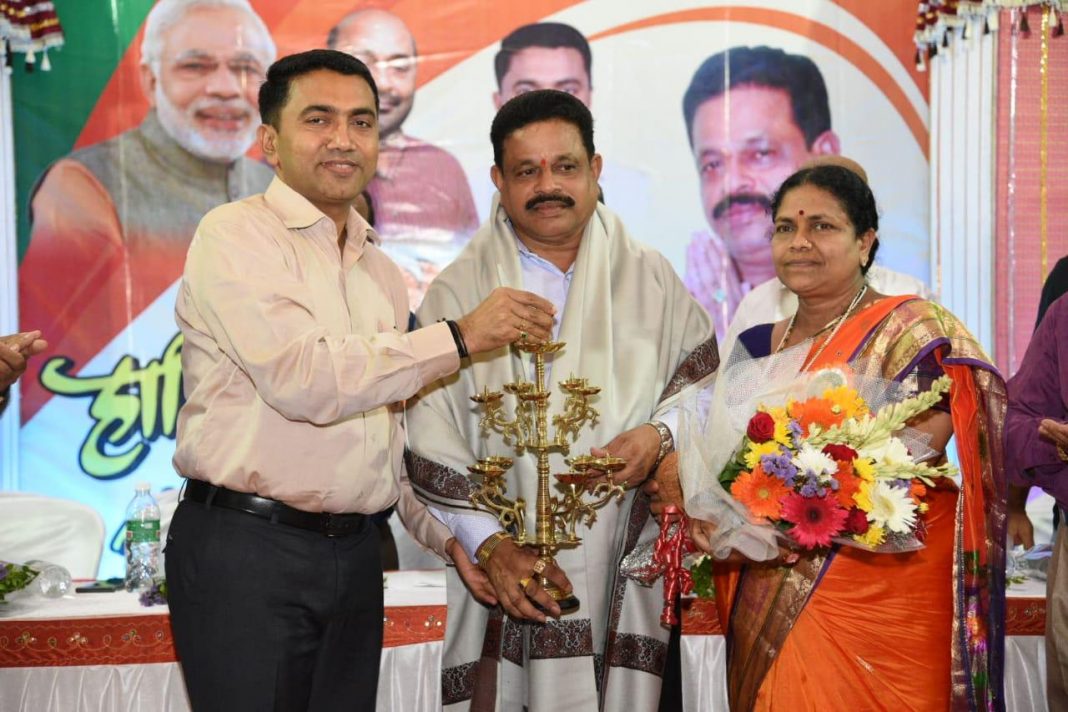 Mandrem:  Mandrem MLA Dayanand Sopte on Sunday said that he joined BJP at right time, and it was wish of former chief minister Manohar Parrikar that he should be joining back the party.

Sopte was talking while responding to the felicitation program held at Mandrem on Sunday in presence of chief minister Pramod Sawant and renowned lawyer Adv Surendra Desai.

“I worked with Manohar parrikar for 12 years and learnt lot from him.. he wanted me to be back in the party.. ,” he said while thanking the voters to elect him for the third time as MLA.

Indirectly hinting at ministerial berth, Sopte said he will get what he deserves.

“In the politics, each one is delegates responsibilities. MLA is given a responsibility and if he proves himself then, he gets the position he deserves,” he added.

Sopte said that Mandrem constituency will see the development in future in which all the issues right from water to electricity would be resolved.