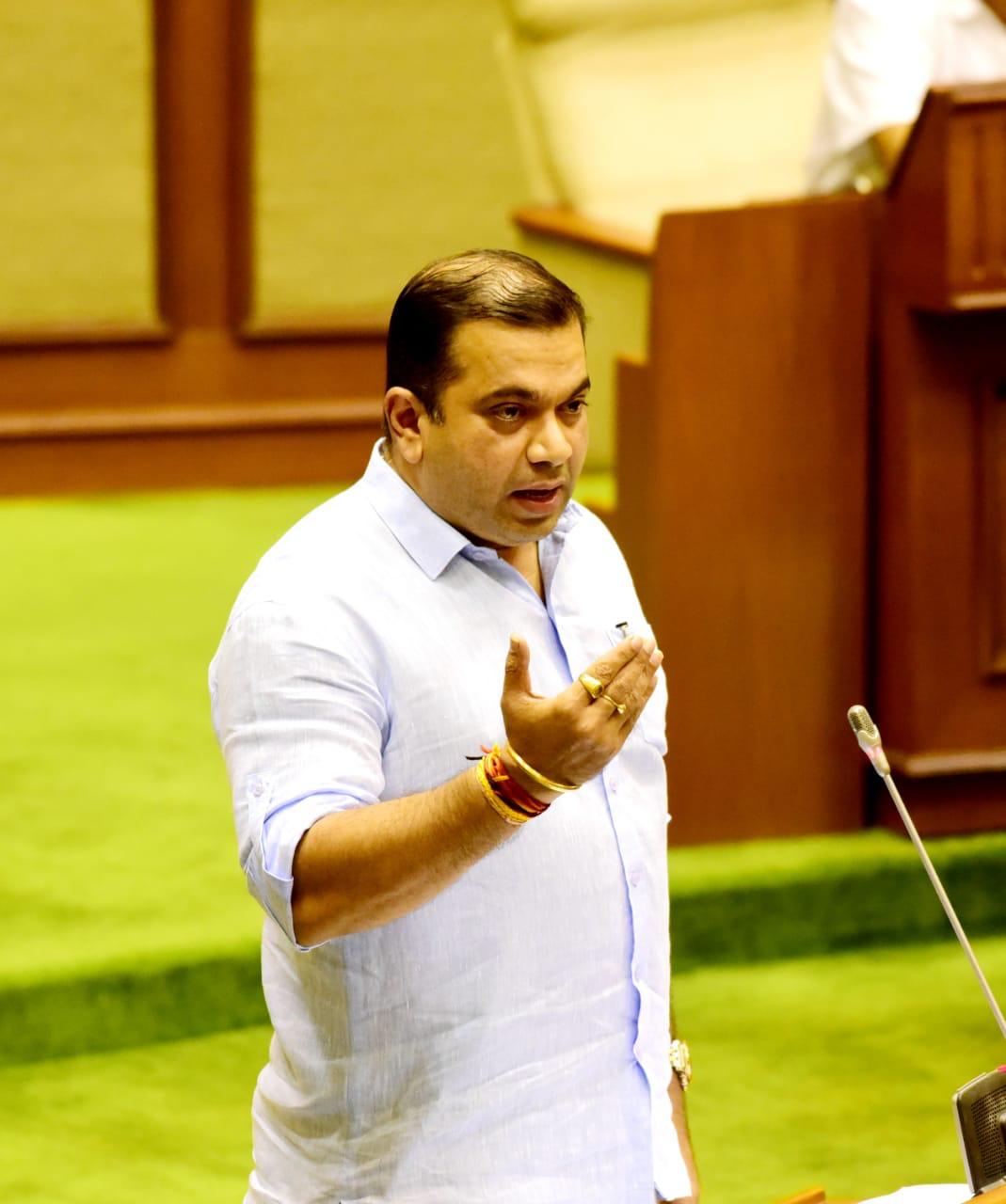 Porvorim: Independent MLA Rohan Khaunte on Tuesday demanded on the floor of the House that State government should initiate action against the National Highway contractor for endangering the lives of motorists.

Raising the issue during Question Hour, Khaunte sought to know whether State government considers that the National Highway is safe and motorable and if no, what action should would be taken against the road contractor.
Public Works Department Minister Deepak Prabhu Pauskar, who rose to reply the Question, faltered, and attempted to divert the issue by claiming that the NH between Patradevi to Mapusa would be completed by December 2021.
While refusing to assure any action against the contractor, the minister kept on repeating the same reply, when Khaunte insisted for a specific answer.
Chief Minister Dr Pramod Sawant came to the rescue of cabinet colleague asserting that all the defect liability lies with the contractor and he is aked to repair it.
He also stated that Authority Engineer was appointed to pin point the defects. But when Khaunte asked whether there are defects on the road, CM said that he will not be able to answer it without checking it with the Authority Engineer.
Khaunte pointed out that he along with Saligao MLA Jayesh Salgaonkar has been often visiting road stretch at Guirim, which is in a dilapidated condition due to shabby work by the road contractor. The Porvorim MLA also pointed out that the road debris are thrown in the field.
Holding on the fort on behalf of the farmers, Khaunte questioned the sudden planning of link road for Mopa airport, thereby putting to stress the farmers, whose lands are being acquired for the connectivity.
He said that the farmers want land for the land acquired and not the financial compensation.
In yet another issue, Khaunte also demanded that the tenants of the communidade lands should be considered for the compensation as many of them don’t have their names listed.
“The names of the forefathers are listed,” he said.
CM assured that the names of the tenants would be considered.
While discussion on the topic got government being cornered on the floor of the House, other MLAs including Leader of Opposition Digambar Kamat, Vijai Sardesai and Churchill Alemao demanded half an hour discussion on the issue. The Speaker refused to entertain the request.