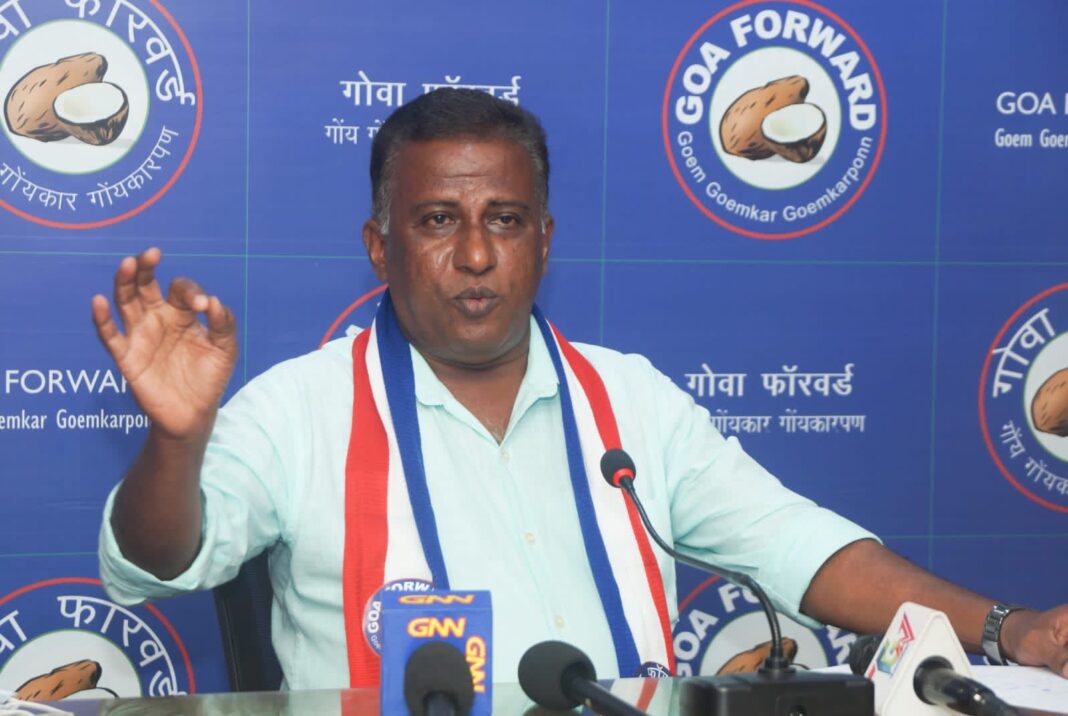 Referring to the video clip of Kavalekar, which went viral, saying he doesn’t take money for giving jobs like other MLAs, Nazareth on Monday addressed a press conference in Goa Forward Office at Panajim and said that he needs to clarify his statement.

“Kavalekar needs to tell who is taking money for job, whether it is Chief Minister or any other MLA.” Nazareth reiterated.

Nazareth said that Goa Forward President Vijai Sardesai always charged that BJP has done ‘Menu Card’ of Jobs with rates for respective posts, which has now been proved by the statement of Kavalekar. “BJP should bring this Menu in public domain.” He said.

He said that the Chief Minister had also stated earlier that some are taking money in departments on his name, which connects with Kavalekar’s statement. “This proves that BJP is into corruption. Hence I appeal to the High Court to take suo moto cognizance urgently, as the government has recently announced to fill ten thousand jobs.” He said.

“Seems, only because of this reason BJP has dumped the Staff Selection Committee, so they can run their business of selling jobs for money. Youth should understand this modus operandi of BJP, how they hoodwink people by assuring jobs before election and later selling these jobs.” He said.

He said that deserving candidates should get the jobs and appealed to youths not to fall prey to BJP’s job selling trade.

Previous articleFree 16,000 ltr water to be supplied from next month
Next article57 new infections, one died  due to covid-19 in Goa on Sunday