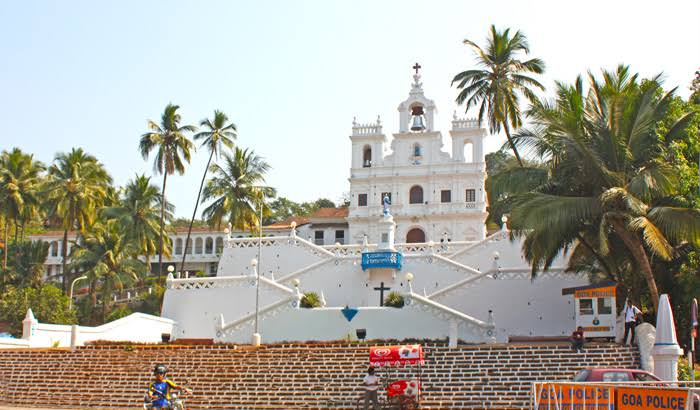 Panaji: For the first time in the history of Christianity, the celebrations of Good Friday and Easter would be held without parishioners “physically participating in the Church prayers.”

Goa Church has already stopped all its masses with congregations after COVID-19 outbreak while the prayers are streamed online to its parishioners through social media platforms like Facebook.

“This year, for the first time in the history of Christianity, the celebration of Good Friday and Easter will be held without parishioners physically participating in it by attending the Church services,” Fr Maverick Fernandes, Director, Caritas Goa, a social wing of Goa Church said.

He said that the celebrations will continue as per schedule but without parishioners. “Priests will hold prayers in their Churches which would be live streamed through social media,” Fernandes said.

“Not holding masses in presence of parishioners will not affect the spirit of celebrations,” he stated.

Good Friday (April 10) is observed to commemorate crucifixion of Jesus Christ, while Easter (April 12) is celebrated as resurrection of the Lord.

Goa has almost 30 per cent of its population following Christian faith.

Meanwhile, certain quarters in the state have raised the demand that liquor outlets be opened for certain hours in the run up for the Easter celebrations.

Social activist Aires Rodrigues, in a letter to Chief Secretary, last week had  said “along with Catholics across the world, Goa will also be observing Easter on Sunday 12th April which is a feast commemorating the resurrection of Jesus from the dead.”

“Easter is a day when family gets together to have a sumptuous lunch/dinner which for most would be incomplete without the choice of wines and alcohol beverages,” he said.

“In view of the current lock-down in the State, you are requested as a special case to kindly consider allowing the liquor stores in the State to remain open on Saturday 11th April possibly from 10am to 1 pm and 3pm to 6pm so that in preparation for the festivity people can purchase their choice of wines and liquor beverages,” he demanded.

State government has not reacted to the demand but All Goa Liquor Traders’ Association has rubbished it claiming that none of their member will open the shop during lockdown period.

Association President Dattaprasad Naik said that they had approached, on their own, to chief minister asking him to shut down the liquor outlets during ‘Janata Curfew’ and subsequent period.

“Liquor outlets are the places where people from all parts of country arrive to buy the bottles. We cannot differentiate between them. That is why we decided not to open the shops,” he said.

Naik said that chief minister should not fall to the pressures of anyone to reopen the shops till COVID-19 outbreak situation is controlled.

Previous articlePrince Charles was treated of COVID with Ayurveda-Homeopathy: Shripad Naik
Next articleGoa authorities help actress Nafisa Ali who was stuck without medicines