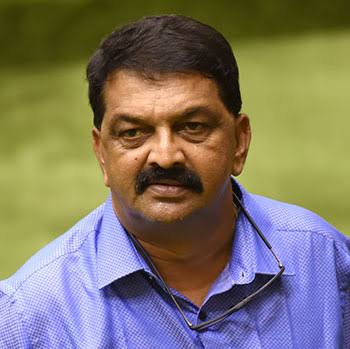 The Under Secretary of the Goa Legislative Assembly Mohan Gaonkar in a letter dated 25th September 2020 has informed Adv. Aires Rodrigues that the Information sought by him under the Right to Information Act (RTI) cannot be furnished as the file had been put-up for the approval of Speaker Rajesh Patnekar on 4th September.

Adv. Aires Rodrigues by an application filed under RTI on 27th August had sought complete details of loans and advances availed by the Chief Minister, Ministers , MLAs and Ex-MLAs from January 1st this year to date.

The P.I.O of the Goa Legislative Assembly by his letter dated 25th September 2020 has also informed Adv.Aires Rodrigues that Speaker Rajesh Patnekar who was admitted to the GMC for health related issues had been discharged on 3rd September for home quarantine advising him complete rest.

Adv. Rodrigues has been further informed that once his RTI file is approved by the Speaker that he would be informed of the same immediately.

Meanwhile, Adv. Aires Rodrigues has taken strong very exception to the high-handed manner in which a routine RTI application had been forwarded to the Speaker of the Goa Legislative Assembly for his approval.

Pointing out that Speaker Rajesh Patnekar has been hale and hearty and had even last week celebrated his birthday besides attending other government functions, Adv. Rodrigues has stated that he would in the public interest of the Transparency law move the State Information Commission over this gross and malafide act of suppressing crucial information by the officials of the Goa Legislative Assembly.