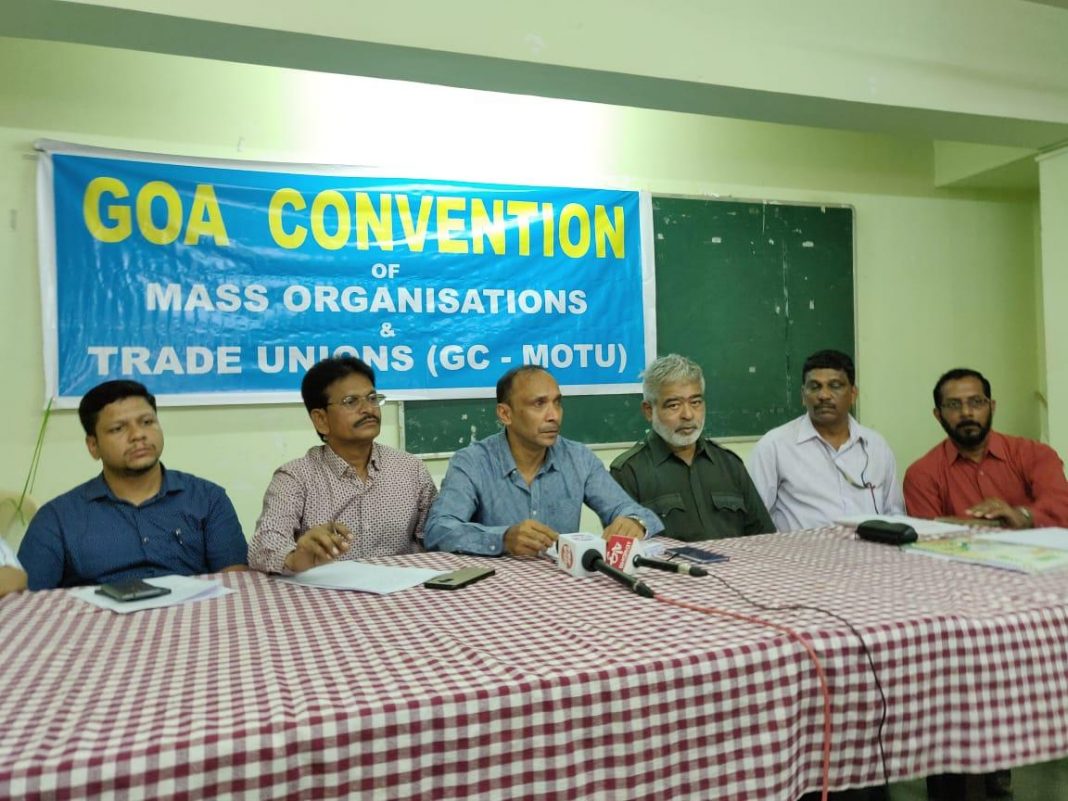 Panaji: The Goa Convention of Workers today announced their support to the nationwide general strike call given by Central trade Union on January 8 and 9, 2020 in protest of anti-labour policies adopted by the Narendra Modi led government.

Speaking to reporters, Union leader Adv Suhas Naik said that efforts are been made to diminish the labour class in order to serve the interest of multi-national companies.

He said that the 12 point charter of demands on minimum wage, universal social security, workers’ status, etc has been completed ignored by the government despite repeated reminders.