Goa bustles with tourists but pandemic may play party-pooper 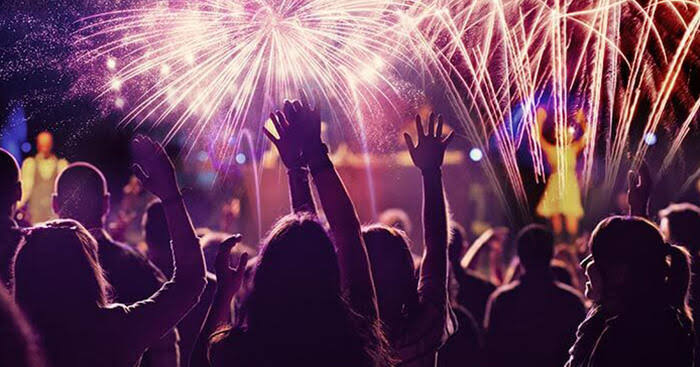 Panaji: New Year celebrations and parties in Goa might take a hit this time in view of the pandemic protocol and apprehensions over a new coronavirus strain in England, which has affected flight schedules.

While thousands of revellers have arrived in Goa to ring in 2021, unlike every year, the state will miss foreign guests due to curbs on flying.

Goa usually witnesses a heavy footfall of foreign travellers who throng the state to soak up the sun at beaches, especially during the holiday season.

However, this year would be an exception, as chartered flights from other countries are yet to resume, while scheduled flights from destinations like the UK have been kept on hold due to the new strain of coronavirus in that country.

According to stake-holders in the hotel industry, the occupancy in establishments have remained satisfactory despite the pandemic.

“As per the state Tourism department”s record, of the 46,000 rooms, only 27,000 rooms have been opened up for tourists,” said Nilesh Shah, president of Travel and Tourism Association of Goa (TTAG).

While small hotels have registered 80 per cent occupancy during Christmas and New Year time, four and five-star establishments are fully occupied, Shah said.

In a bid to attract guests, hotels have slashed their room rates by 20 to 30 per cent, compared to the corresponding period in the year 2019, he said.

Although the mutated coronavirus variant reported in England has worried travellers, the state government has refused to impose any night curbs in a bid to attract more guests in the state.

“The state government”s consistent efforts to boost tourism has helped the tourism industry to gradually return to normalcy,” Shah added.

Shah said there will be no foreign tourists this time as the chartered flight season, which begins mid-October and ends in March, is yet to take off.

On an average, five lakh foreign tourists arrive by chartered and scheduled international flights in the state, he said.

“There have been times when the state has received more than 1,000 chartered flights,” Shah recalled.

Meanwhile, state director of tourism Menino D”Souza said Goa received a good response from tourists during Christmas and things are likely to get better for New Year.

The department has been providing all necessary assistance to hoteliers to ensure that they receive maximum number of tourists, the official said.

“Shack owners are trying their luck as there is crowd on the beaches. We have lost majority of the season, but we will try to compensate for the loss during the New Year festivities,” said Manuel Cardoso president of Traditional Shack Owners Association.