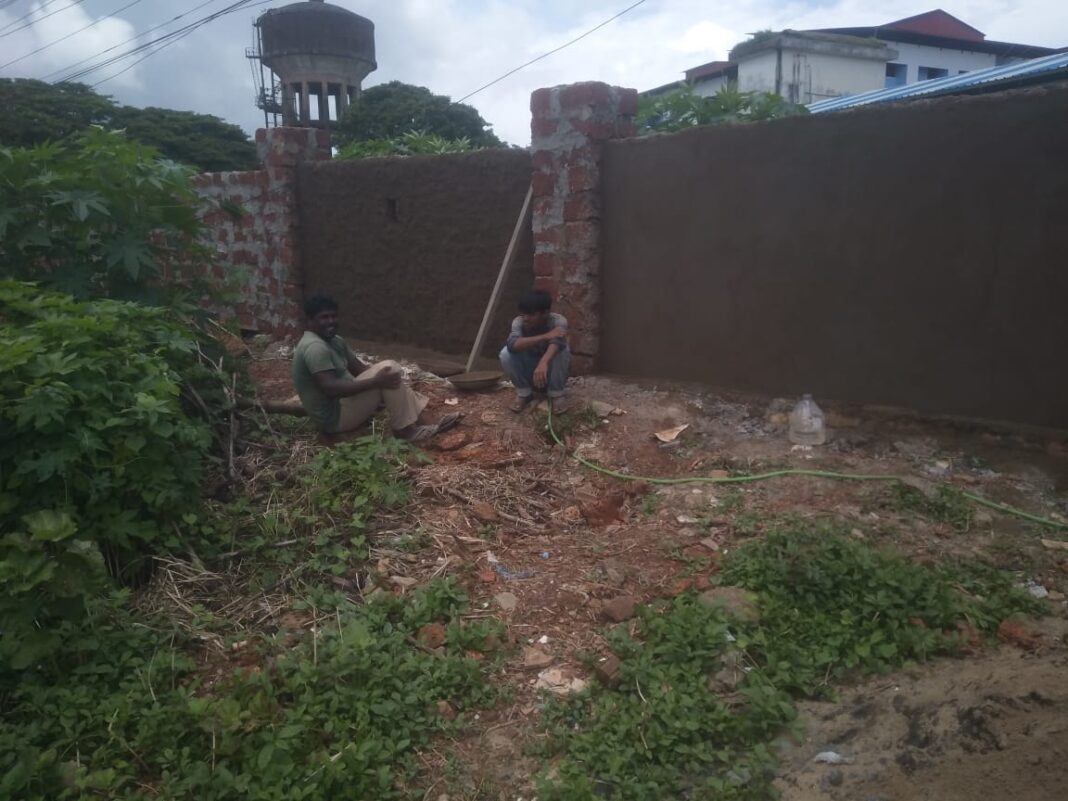 Panaji: While St Andre and St Cruz MLAs have claimed that the existing compound wall of Goa Medical College and Hospital will be shifted inside to rehabilitate the vendors, whose stalls were demolished recently, local leader Ramrao Wagh has pointed out that the existing wall is being refurbished, leaving both the MLAs red faced.

“MLAs of St Andre and St Cruz claimed that the existing under construction compound wall of GMC will be shifted inside to give permanent space for fruit and stalls that were demolished within a month,” Wagh said.

“Then why this compound wall that has to be now demolished is being plastered? This is ongoing work on 7th July today. Is it easier to demolish this wall after plastering? If this space as claimed by MLAs does not belong to GMC , then who gave permission to construct this wall?,” he questioned releasing the picture of the wall which is being redone.