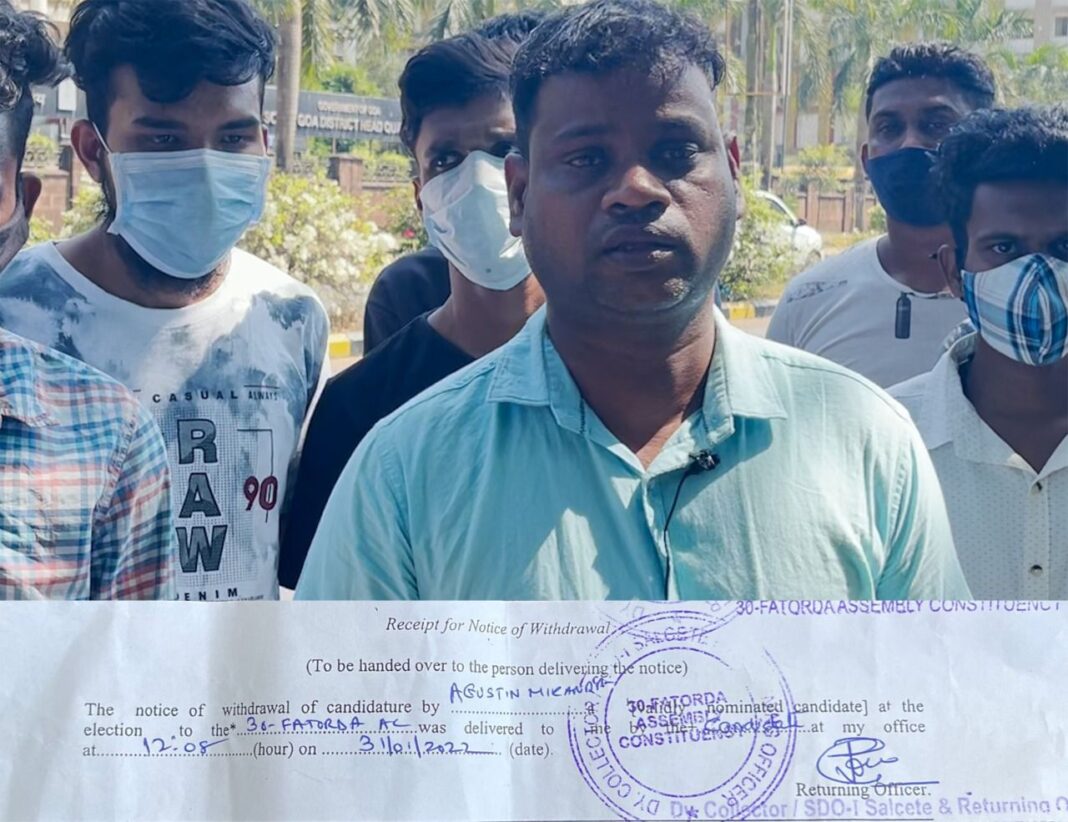 Prominent Fatorda Scheduled Tribe leader and an independent candidate in the Fatorda constituency Agostinho Miranda today withdrew in favour of Congress-Goa Forward candidate and sitting MLA Vijai Sardesai to avoid splitting of opposition votes that will help a BJP win.
“After much thought and consideration, I’ve come to the conclusion that my candidature would split the anti-BJP votes and favour BJP. This has to be avoided at all costs so I’ve decided to withdraw”, Agostinho said, adding that he’s also appealing to Seola Vaz, the Trinamool Congress candidate, on behalf of the large ST community to withdraw and not help to bring back BJP.
“I decided to contest as an independent when I found that there was no candidate from my community and also I was snubbed by the Trinamool Congress when I went to ask for a ticket.” Agostinho said, stating that they did not even know what the ST community was.
“What’s ST? They asked me. The Bengali party does not know anything about us and we’re Mull Goemkars. That was very insulting”. Agostinho said.
He added that there has been a lot of pressure from his community to not do anything that will favour a BJP win. “Many have asked me why i must do anything that would destroy opposition unity and bring back Pramod Sawant who’s done so much harm. So I reconsidered my candidature.” He stated.
Asked why he decided to support Vijai, he said: “Vijai is the only person who’s done so much for the community and having him as our representative is as good as having a ST representative. Besides, ST community of Fatorda believes that Vijai has been with them election or no election and will do much more for them in the future too” Agostinho said.