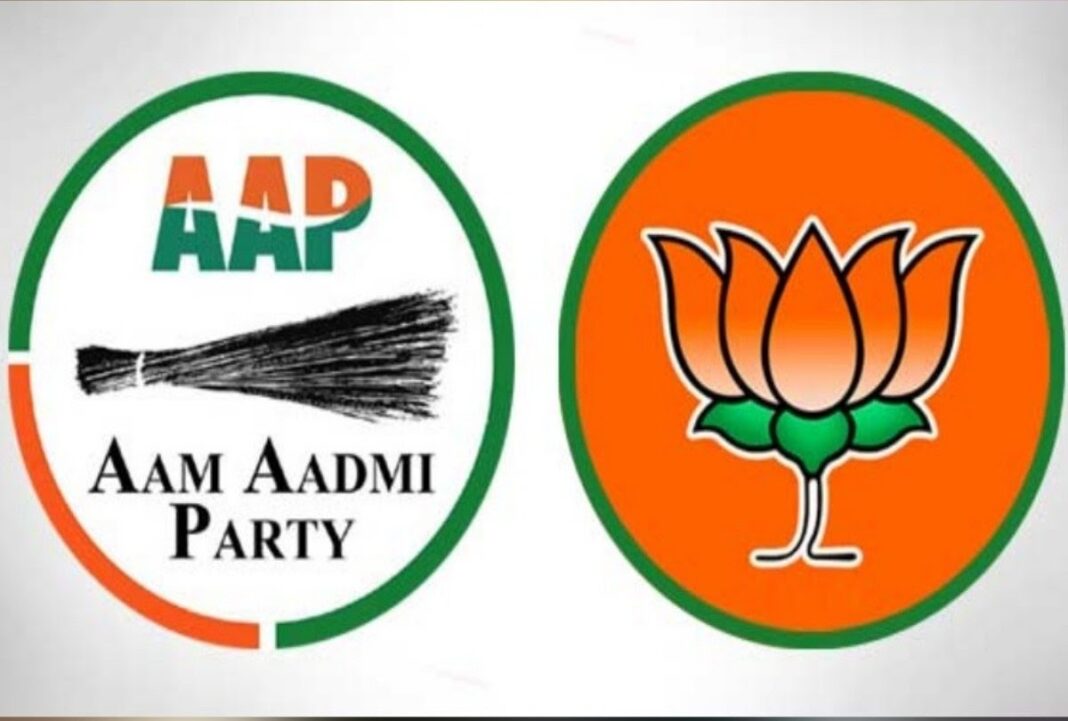 Margao :  In a press conference held by BJP Goa leader and former MLA of Fatorda Damu Naik and Ex MP Narendra Sawaikar, BJP has slammed AAP who on July 10 marched to the houses of MLAs who had defected from Congress to form a government with BJP.
While everyone has the right to protest and express dissent, Damu Naik said that AAP is doing vindictive politics and to create rukus outside the houses of these MLAs was totally uncalled for.
Naik charged that AAP could have very well protested at the office of these respective MLAs yet they chose to cause disturbance at their residence. “They (AAP) have disturbed the family peace of these MLAs” said Naik.
Naik has warned AAP to not cross the lines and protest in a disciplined manner. “If we take our protests to the streets, AAP will not be able to handle the situation” Cautioned Naik.
AAP had launched a campaign “let’s clean Goa” in which they had taken up the exercise to visit residents of all the 10 MLAs with cake. While majority of the MLAs had silently accepted the cake, the verbal arguments had prevailed outside resident of D’Sa on Saturday.