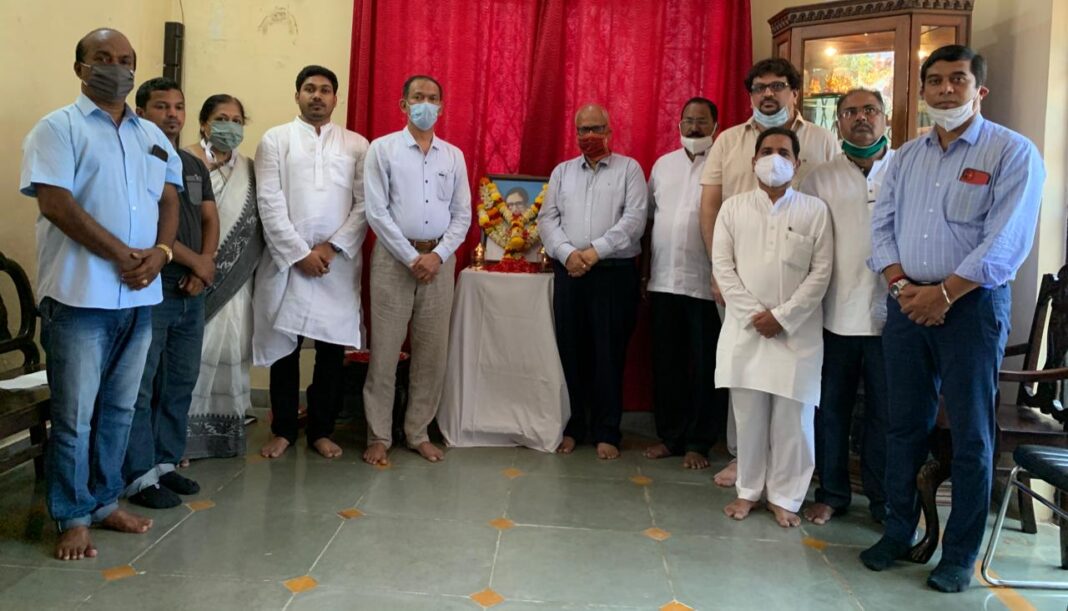 Margao – The contribution of former Congress President & Member of Parliament Late Adv. Shantaram Naik to Goa and Congress Party is immense. He will keep inspiring the generations to come stated Leader of Opposition Digambar Kamat at a function organised to commemorate 75th birth anniversary of the senior congress leader.

He always worked in the interest of Goa and used every opportunity to raise concerns faced by Goans. He strived to protect identity of Goa said Digambar Kamat.

I will always remain indebted to late Shantaram Naik who stood by me during my difficult times in politics. He was the one who extended moral support to me when my opponents were all out to disturb me with vindictive politics.

GPCC president Girish Chodankar while speaking on the occasion said that Late Shantaram Naik was a loyal and dedicated Congressman.

Congress Party has launched a programme “Niz Congressman” of getting reconnected with veteran Congress loyalists. Late Shantaram Naik’s loyalty will be inspiration to us to build up Congress said Girish Chodankar.

GPCC Vice President Altinho Gomes said that Late Shantaram Naik will be remembered for his simplicity and honesty. He had a dream of celebrating his 75th birthday, unfortunately we are gathered to celebrate it as anniversary.