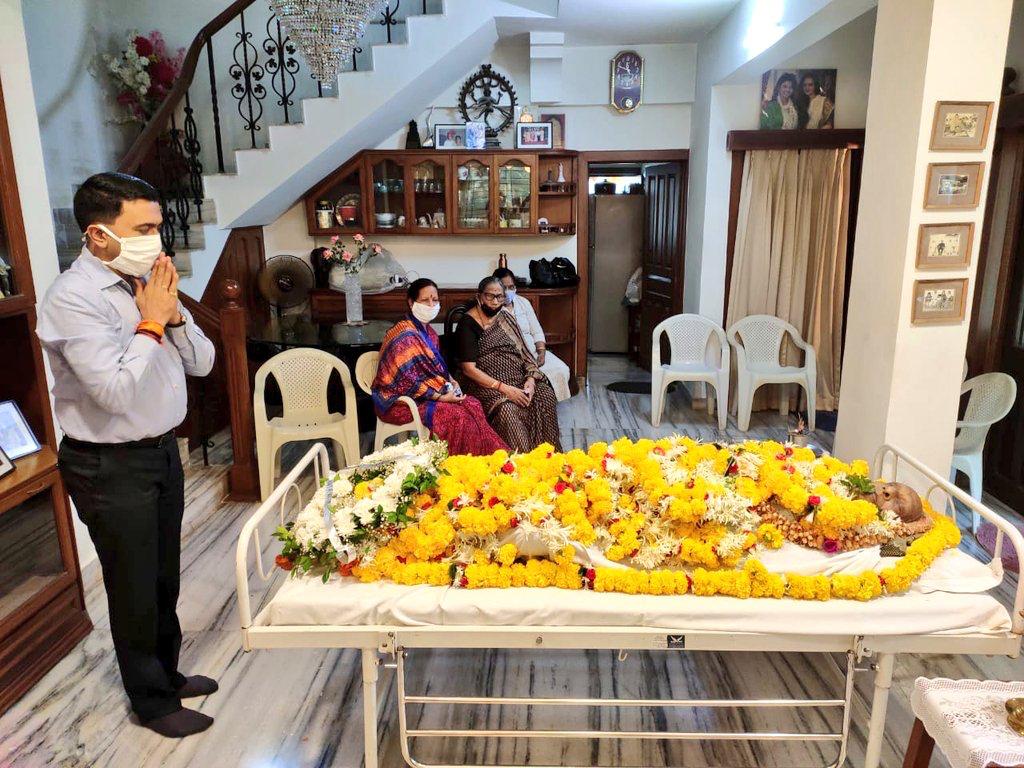 Panaji: Chief Minister Pramod Sawant was amongst the dignitaries who paid tributes to former state minister Achyut Kashinath Sinai Usgaonkar who passed away on Tuesday.

After paying floral tributes on the mortal remains of Usgaonkar at his residence in Panaji, Sawant tweeted “Saddened by the demise of Shri Achyut Kashinath Sinai Usgaonkar, Former Goa Minister, who passed away today morning. His contribution to State and people of Goa will be always be remembered. My deepest condolences and sympathies to the bereaved family.”

Usgaonkar passed away at Goa Medical College and Hospital, Bambolim at 7.30a.m. on Tuesday.