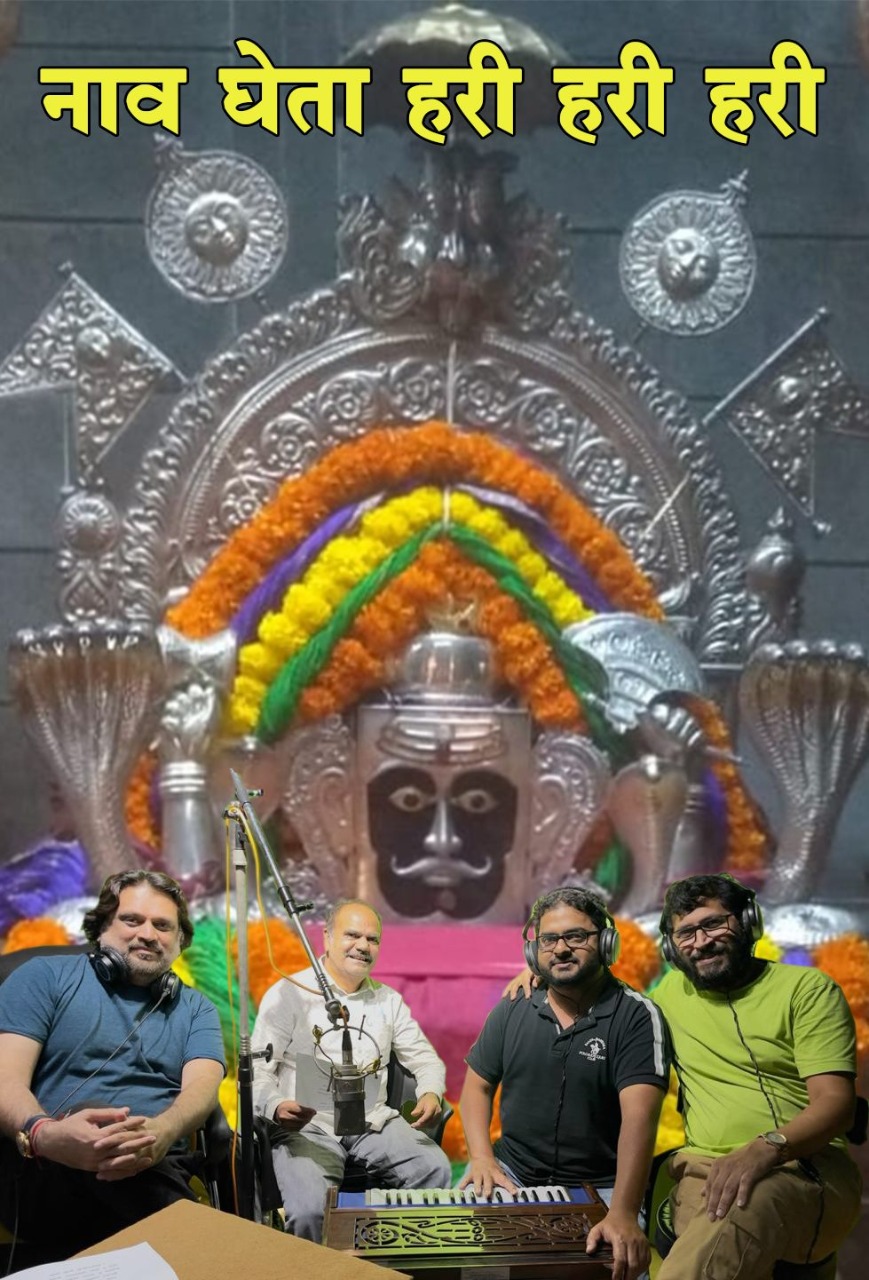 The song is composed and produced by Sidhanath Buyao, while along with Buyao, Yatin Talaulikar and Dhanraj Madkaikar has lent their voice for chorus. The ‘Naav Gheta Hari’ is penned by lyricist Nandan Hegde Desai.

This song portrays the days of COVID and how devotees weren’t able to visit temples. “Though we wanted to go to temples during lockdowns, we couldn’t go. But now those tough days are fading away and hence devotees now can visit temples.” Buyao said.

Hitherto, Buyao has produced six devotional albums and have arranged music for many other devotional music albums, including Saibhakti in Konkani.

Sasay, Damodar Tujo Damodar Mhajo, Re Damodara, Shri RamGeeta (2 volumes) and Grateful to Jesus are some devotional music albums to his credit.

“Since last two months I have been busy with some creative work in the area of designing and setting up audio-visual studios for Chhattisgarh Yog Ayog . The last song I had made was to encourage and salute COVID warriors and frontline workers. This video song was watched by around 1 lakh 62 thousand netizens on facebook.” Buyao said.

When asked how he thought of coming up with the ‘Naav Gheta Hari’ song in his busy schedule, Buyao said that all of sudden he got the tune of this song and later he asked Nandan Hegde Desai to write lyrics.

“I enjoy working on devotional tracks, which also gives peace to the listeners. Within a day arranged the music and recorded the song and also a video of the same was done.” Buyao added.