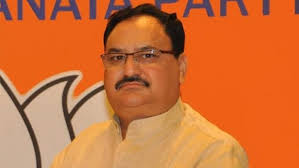 Tanavade told reporters on Monday that the National President would visit Goa as a part of his nationwide tour of 90 days.

He said that Nadda would be in Goa for two days in the third week of December during which he would meet party’s cadres and leaders through various meetings that are planned by the local unit.

“He will meet party’s core team, office bearers, Legislative Party members and may hold meeting with any one of the mandal,” Tanavade said.

He said that Nadda’s visit is “purely from the perspective of building the party organization.”

Tanavade said that the party has already started training at booth levels. The training in ten assembly segments has been completed, while rest 30 would be covered by December 31, 2020, he said.