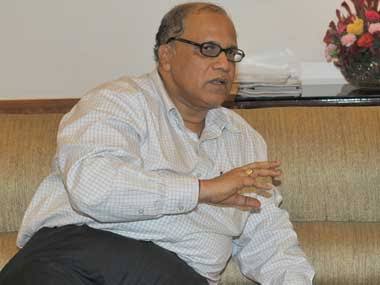 Panaji: The BJP Government headed by Chief Minister Dr. Pramod Sawant is afraid of facing the Opposition in the Assembly and hence has curtailed the Assembly Session just to three days. I demand that the Government must convene at least a Nine day Session as decided by the Business Advisory Committee in its Meeting held on 30th March 2021 stated Leader of Opposition Digambar Kamat.

I have submitted a Dissent Letter to the Speaker during the Business Advisory Committee Meeting (BAC) held now and strongly objected to the decision of the Government to prorogue the 14th Session of the Seventh Goa Legislative Assembly.

It is recorded in Point 4 of 4 of the Third Report (2021) of the Business Advisory Committee (BAC) presented to the House on 30th March 2021 pertaining to the sitting of the BAC on 30th March 2021 at 1.00 pm in the Speakers Foyer Room, that the sitting of the Assembly be adjourned to 19th July 2021 to take up the remaining Business that is before the House on corresponding days to be discussed later by the BAC, pointed Digambar Kamat.

This act of the Government is breach of the decision taken by the Business Advisory Committee. The Constitutional Right of the Elected Representative to table questions pertaining to various Departments is snatched by the Government. As per Rule No. 43 of the Rules of Procedure and Conduct of Business of the Goa Legislative Assembly, “A Member cannot table more than 3 Starred and 15 Unstarred questions for a sitting and each question shall relate to one single subject”.

It is observed that the Replies to the Starred and Unstarred Legislative Assembly Questions (LAQ’s) are given at the last moment. The replies are found to be incomplete and on many occasions misleading and false.

The replies to the Starred Questions must be given with complete and factual information strictly two days before the sitting for the day fixed for answer of the said question. Even if the answer is voluminous, the reply in hard copy must be provided to the Member who has tabled the said question demanded Digambar Kamat. He also said that in the event of non-availability of the reply within the stipulated time, the said question must be postponed to a next date of sitting of the House.

Goa is passing through critical times due to Covid Pandemic, Economic Slowdown, Stoppage of Mining Industry and Collapse of Tourism Industry, Disruption in Academic Career of Students due to unavailability of consistent and uninterrupted Network Connectivity in Rural as well as Urban Areas, Rising unemployment due to closure of various Business Activities etc. The Government has also failed in providing timely relief and compensation to the people who lost their lives and livelihoods in Covid Pandemic and Cyclone Taukte. The Government has still not announced compensation to the Covid Patients who died in Goa Medical College Hospital due to shortage of Oxygen on account of mismanagement and insensitivity of the Government. There is anger amongst the people against the attempts made by the Government to suppress the Voice of the People during the Draft Coastal Zone Management Plan Public Hearings. People of Goa are awaiting a White Paper on Mhadei and Financial Status of Goa as well as Covid Pandemic. The rising number of Crimes with day light attacks on Citizens and repeated incidents of day light murders has created fear in the minds of the people. The steep rise in unlawful activities has converted Goa into a Crime Mafia Destination. We need sufficient time to discuss on all the above issues in detail and find solutions to minimise the sufferings and pains of the People of Goa Digambar Kamat said.