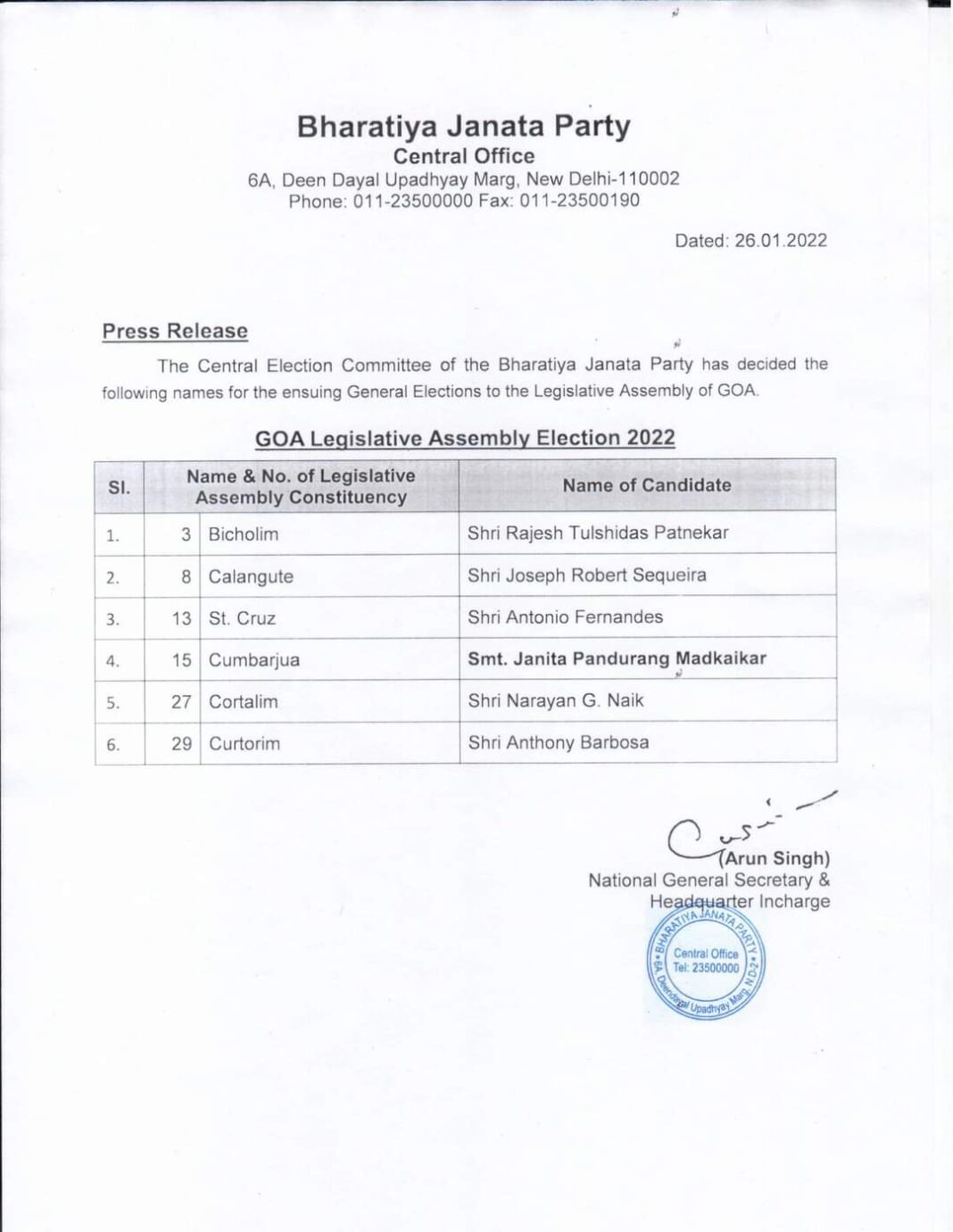 Panaji:  Bharatiya Janata Party (BJP) on Wednesday announced its second and final list of candidates for upcoming Goa Legislative Assembly fielding Speaker of the House Rajesh Patnekar from his traditional constituency of Bicholim.

BJP has given ticket to its sitting MLA Antonio Fernandes from St Cruz constituency while Joseph Sequeira, who joined the party on Tuesday, has been fielded from Calangute Assembly constituency.