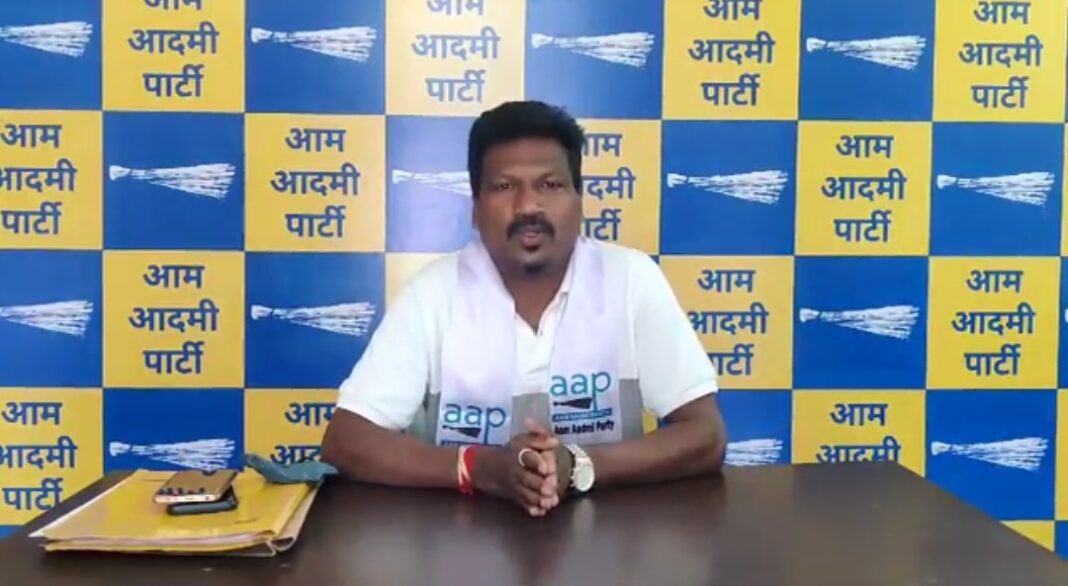 The Aam Aadmi Party Cuncolim candidate Prashant Naik claimed on Friday that the BJP and the Congress failed to develop Cuncolim constituency and currently, only AAP is the party that has the vision for Cuncolim.

Naik said, “In July 2019 Clafasio Dias, who is serving as the Cuncolim County MLA, was one of the 10 Indian National Congress members who switched to the BJP party. Fed up with the BJP party, the people of Cuncolim supported Dias, although he betrayed their trust.  Many MLAs have been switching parties for the personal gain. AAP is the only viable alternative for the Cuncolim people as both the BJP and Congress lack vision for the Constituency”.

“The people have been saying that they don’t want the BJP and the Congress parties anymore. They haven’t done anything for the people and only worked for their and their supporters’ self-development. After looking at all these years, the villagers are really looking forward to the AAP’s guarantees. They have realised that there is a dire need for corruption-free governance and only AAP can provide that”, he added.

He further said, “Chandor and Guirdolim villages lack primary health care facilities. Cuncolim is an urban place but the government is trying to bring healthcare under Balli primary health centre. If AAP is voted to power, my first priority will be to establish an urban health center in Cuncolim”.

“Another major issue in Cuncolim is unemployment. Many youths in the constituency are unemployed despite being highly educated. The government has failed to create jobs for the youth. I will work hard to bring new industries to Cuncolim in order to resolve the unemployment problem”, he added.

He said, “In the constituency there is a market complex and bus stand that are under Municipality and KTC respectively, but both have failed to keep them up! There are also sanitation problems. If AAP is elected, we will make sure that the Constituency has better infrastructure”.