Autonomy of GPSC has been compromised, alleges Aires Rodrigues 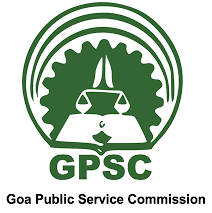 Adv.  Rodrigues has stated that the selection of 58 year old Sukhaji Naik who hails  from Colvale and currently Vice-Principal of Porvorim based RSS run Vidya  Prabodhini College as GPSC member was done without complying with the Supreme  Court directions that all State governments had to frame guidelines and  parameters for the appointment of Chairman and Members of their State Public Service  Commission.

Pointing  out that the requisite procedure was not followed in selecting Sukhaji Naik as  member of GPSC, Adv. Rodrigues has stated that the Supreme Court has  emphasiszed that only persons of high standing, intellectual ability and  reputation must be selected to the Public Service Commission while stressing  that the procedure and administrative guidelines should be in place so that the  possibility of arbitrary appointments is eliminated.

Adv.  Rodrigues has further stated that the Supreme Court has held that the intention  behind creation of an autonomous Public Service Commission as a constitutional  authority was to create a body of achievers and ex-administrators who could  select meritorious candidates for recruitment and promotion to various Civil  Service positions under the State Government with utmost probity and transparency.

Adv.  Rodrigues has also stated that the Supreme Court had directed all the State Governments  to ensure that their Public Service Commission is manned by competent, honest  and independent persons of ability and high reputation who command the  confidence of the people and who would not allow themselves to be deflected by  any extraneous considerations in discharging their duty in making selection to  various government posts strictly on merit.

While  stating that by selecting a very active senior leader of the BJP Mr. Sukhaji  Naik, the government has totally compromised the integrity and autonomy of the  GPSC, Adv. Rodrigues has drawn the attention that earlier this week the BJP had  publicly announced that Sukhaji Naik would assist State BJP Vice-President  Datta Kholkar in the election campaign for the 2021 Pernem Municipal Election.