Arrested Congress leaders refused to apply for Bail, insists for meeting with Javadekar 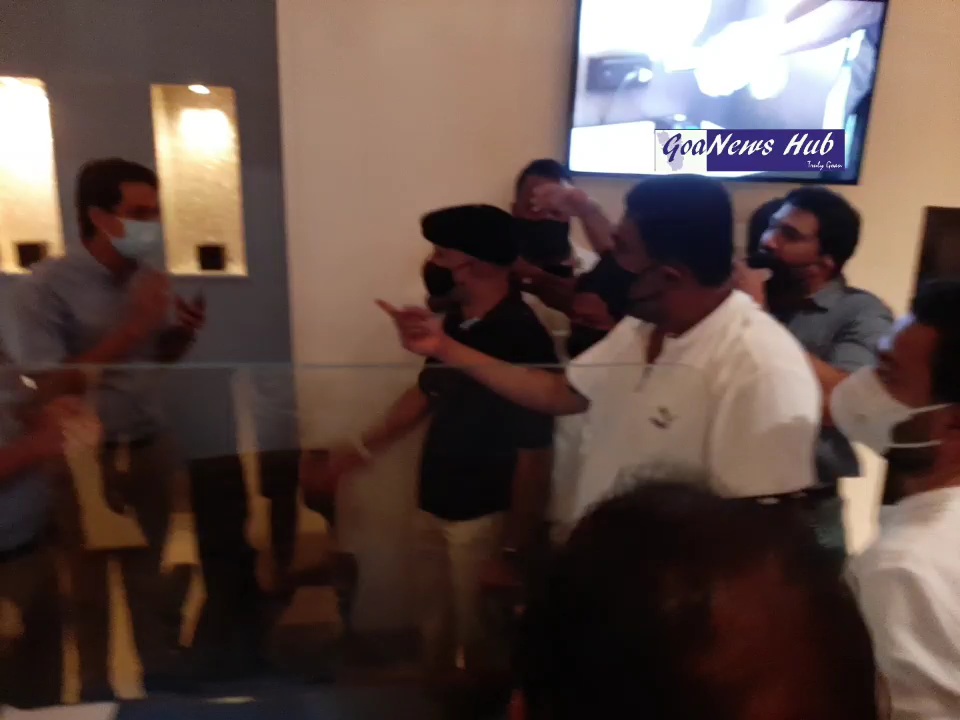 Anjuna: Congress leaders in Goa, who were arrested after protesting at a hotel demanding to meet Union Minister for Environment, Forest and Climate Change Prakash Javadekar last mid-night, have refused to apply for the bail.

All the arrested leaders are currently lodged at Anjuna Police station.

A senior police officer said that the leaders were put under preventive arrest.

The Union Minister is on Goa visit to address series of meetings in support of the Farm Bills.

“The arrested leaders will not apply for the bail. They had gone to meet the minister urging him to save our Mahadayi river from being diverted illegally by Karnataka,” Goa Pradesh Congress Committee President Girish Chodankar said.

He said that the BJP minister should have explained centre’s stand on Mahadayi issue. “The river has been diverted by Karnataka in violation of Supreme Court order and award of Inter State Water Dispute Tribunal,” he said.

One of the leader, Bhandari said that they will continue being in police custody, but won’t apply for bail. “We don’t want bail, we want Mahadayi, our mother,” he said.

Goa and Karnataka has long pending dispute over diversion of Mahadayi River water. Inter State Water Dispute Tribunal has declared its award distributing share of water between Goa, Karnataka and Maharashtra states. All the three States have petitioned Supreme Court against the Award.