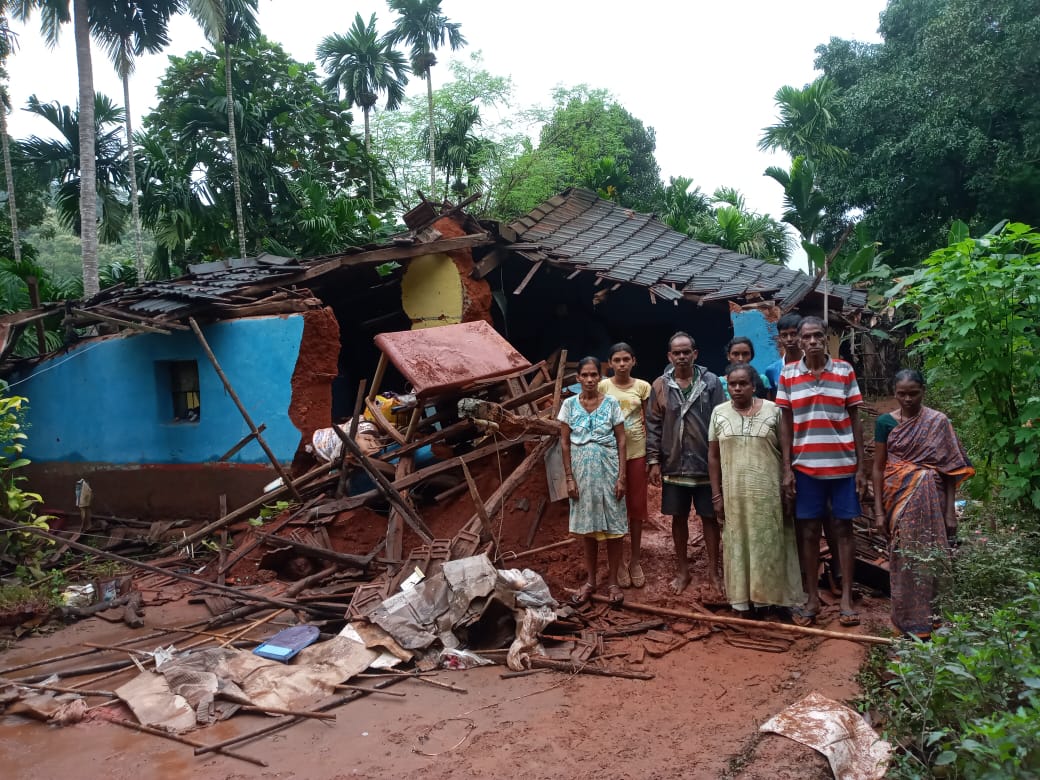 Panaji:  Around one thousand houses were damaged, one person died and hundreds of people had to be evacuated as several low lying parts of the state were badly affected by the floods on Friday, Chief Minister Pramod Sawant told reporters.

Sawant said that the floods had hit the talukas of Sattari, Bicholim, Ponda, Dharbandora, Bardez and Pernem badly, while other areas also suffered damages due to the flooding.

He said that there is a report of a woman dying due to drowning in Dharbandora taluka but still confirmation on the exact cause of death is awaited.

The chief minister had personally visited certain areas in Bicholim taluka this afternoon to monitor the rescue situation.

He said that the government run schools have been converted into temporary shelter homes to accommodate the people who were evacuated from the flooded areas.

“This is one of the worst flood since the year 1982. Properties worth crores of rupees is damaged in the flood,” Sawant said.

The chief minister said that the teams of disaster management had swung into action during the day evacuating several people, who were stranded at different locations.

He said that in Pernem taluka (North Goa), the Chapora River was flowing above danger level due to which the water had rushed into the low lying areas damaging 88 houses, while eight persons were evacuated.

He said that in Bicholim taluka, Valvanti and Chapora rivers were overflowing due to which 164 houses were damaged while 40 people were rescued.

Sattari taluka was one of the worst hit where 130 houses were damaged while 65 people had to be rescued as Valvanti and Mahadayi rivers crossed their danger levels.

He said that in Ponda taluka, several people from Waghurme were still stranded in their homes while attempts were on to rescue them.

Dharbandora taluka in South Goa witnessed 135 houses being damaged and 150 people were evacuated at Doodhsagar and Ragada rivers crossed their limits.

In Canacona, Talpona river was overflowing, due to which 60 homes were damaged.