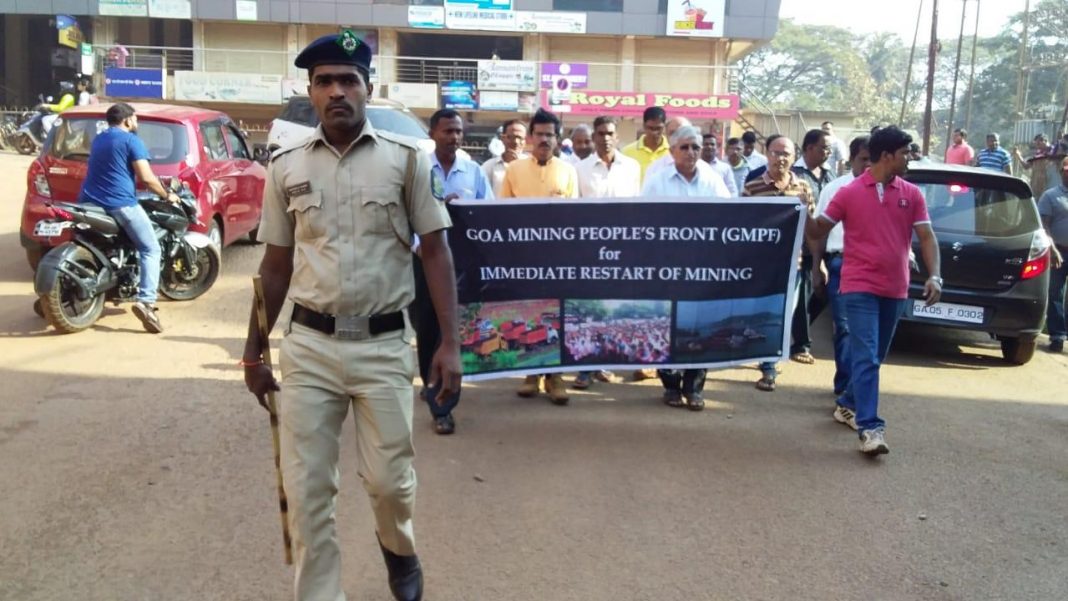 Panaji: BJP National President Amit Shah will meet the mining dependents in Delhi on January 13 to hear their grievances, a senior union leader said on Friday.

“Besides Prabhu, Union AYUSH Minister Shripad Naik will also be accompanying the delegation of GMPF when we will call on Shah,” Gaonkar said.

He said that Shah’s intervention would be urged to ensure that Central government expeditiously amends the mining laws.

The mining industry in Goa has come to a standstill since March last year after Supreme Court quashed 88 Iron Ore leases.

GMPF, a union of mining dependents, have been demanding that existing mining related laws should be amended giving a new lease of life to the industry, which employs around two lakh people.

They have also warned of protesting outside the venues where all the three MPs from Goa would be participating in future.