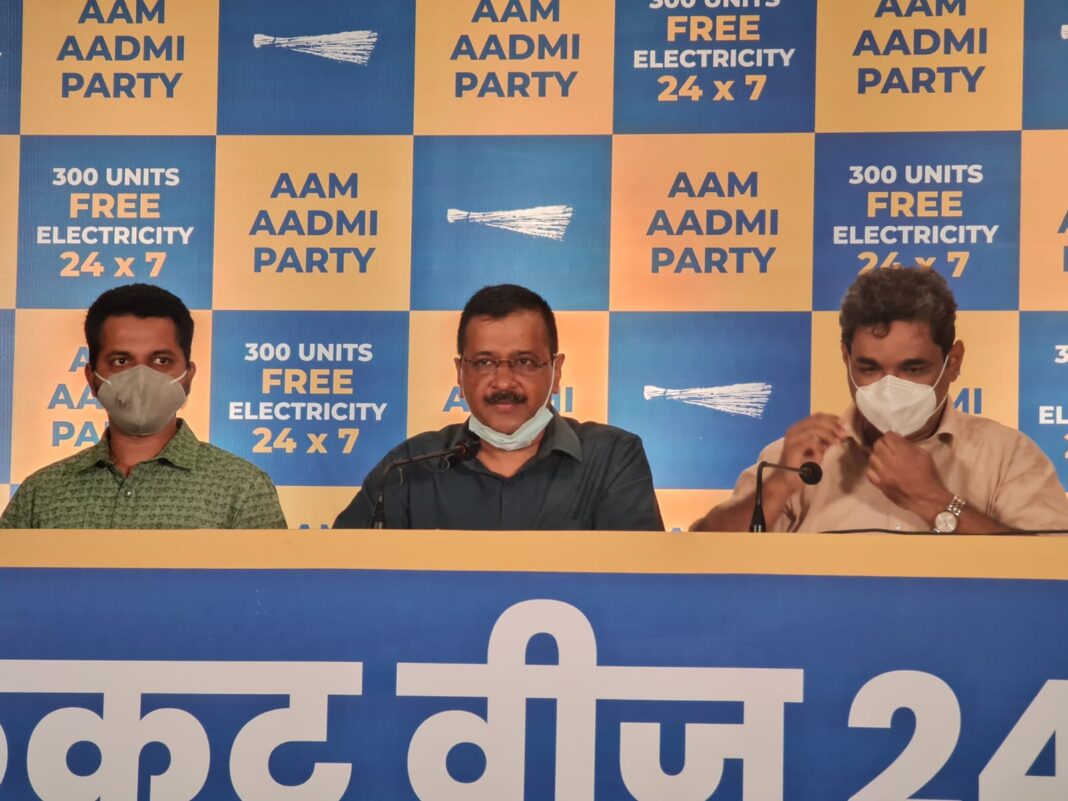 Panaji: The Aam Admi Party on Wednesday unveiled its agenda for upcoming polls scheduled next year, claiming that they were here to provide clean politics.

Delhi Chief minister Arvind Kejriwal, who met various stakeholders, during his two day long visit to the coastal state, said that the party has been getting good response from the people, who are looking out for clean politics, after spate of defections in the state during the current tenure.

“The party (Congress) which was elected with 17 seats is left with only 5 MLAs and the party (BJP) which had only 13 MLAs is currently having 28 MLAs with them,” Kejriwal said, referring to the switch over of the legislators in the recent times.

He said that the people of Goa want change, they want clean politics. “People of Goa have witnessed how Delhi has been giving free electricity. If Delhi can do it, why not Goa?,” he said.

Kejriwal assured slew of incentives including free electricity, uninterrupted power and waiver of old bills, once AAP comes to power in the coastal state.

AAP has already launched its election campaign in Goa for 2022 Legislative Assembly poll.

He said that the state being power surplus, still witnesses erratic supply.

Kejriwal said that similar was the situation in Delhi, when he took over, which was corrected within two-and-half to three years, when people started getting uninterrupted power supply.

The Chief minister blamed faults in transmission lines for the irregular power supply, which, he said, his party government will correct, once voted to power in Goa.

Kejriwal also pointed out that the consumers in Goa are getting whopping amount of bills, which are not corrected by the department. “You are asked to pay money, if you go to correct the bill,” he said adding that once AAP is voted to power, the party’s government will waive off all the old electricity bills.

“We will start on a clean slate,” he added.

The chief minister also said that all the farmers will be given free electricity in the state.

Responding to a question on demolition of a Church in Delhi, he said justice will be done.

“I am told firstly it was done by Delhi Development authority. DDA comes under the central government. Delhi government  has no control over it,” Kejriwal told reporters in Goa before culminating his two day long visit to the coastal state.

“DDA perhaps went to the high court. HC gave an order and DDA has taken the action,” he said.

He said that if there was a stay order by High Court, the demolition of the portion would not have happened. “I don’t know the legal part of it. When I arrived here yesterday, I was told that such action has taken,” he said.

Kejriwal said that he will go back to Delhi and will study the matter. “I can only assure you that the justice will be done and whatever is right would be done,” he added.

Responding to a question on Congress leader Navyajyot Singh Sidhu on AAP, he said “I am happy that AAP is doing such a good job that even opposition leaders are praising us.”

“So, one feels encouraged about it,” he added.