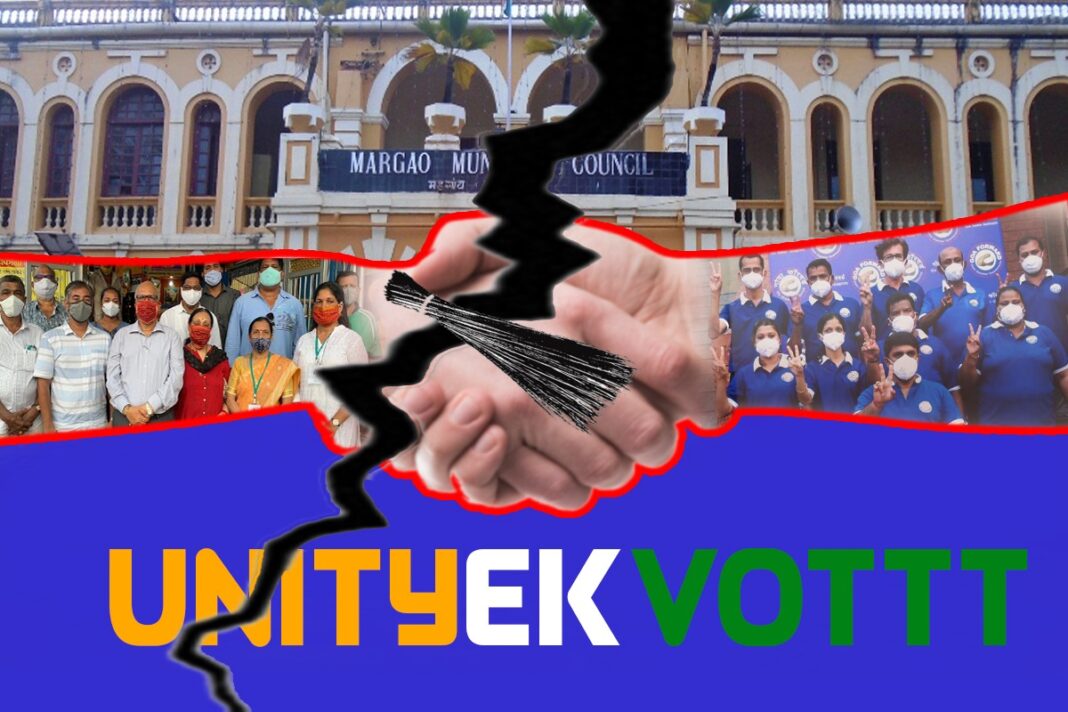 The Aam Aadmi Party backed Citizens Choice Panel in MMC Polls has emerged as a spoilsport for the Goa Forward Party and if the results of 26th April are analysed properly it can be concluded that the presence of this panel’s 2 Candidates in the fray has directly benefitted the BJP backed Vibrant Margao panel win 2 seats at the cost of the GFP backed Fatorda Forward panel.

These post result analysis gives strength to charges of vote splitters benefitting the ruling BJP and exposing lack of opposition unity in Goa. The AAP stubborn approach of contesting 40 seats and not tying up with other opposition parties for the assembly polls for 2022 indicates that the only beneficiary of this division of votes could be the BJP, which incidentally AAP positions as its opponent in state and central politics.