AAP confident of victory, says Adv. Amit Palekar will be sworn in as new Goa CM AAP is the only party capable of forming a corrupt-free government: Rahul Mhambre 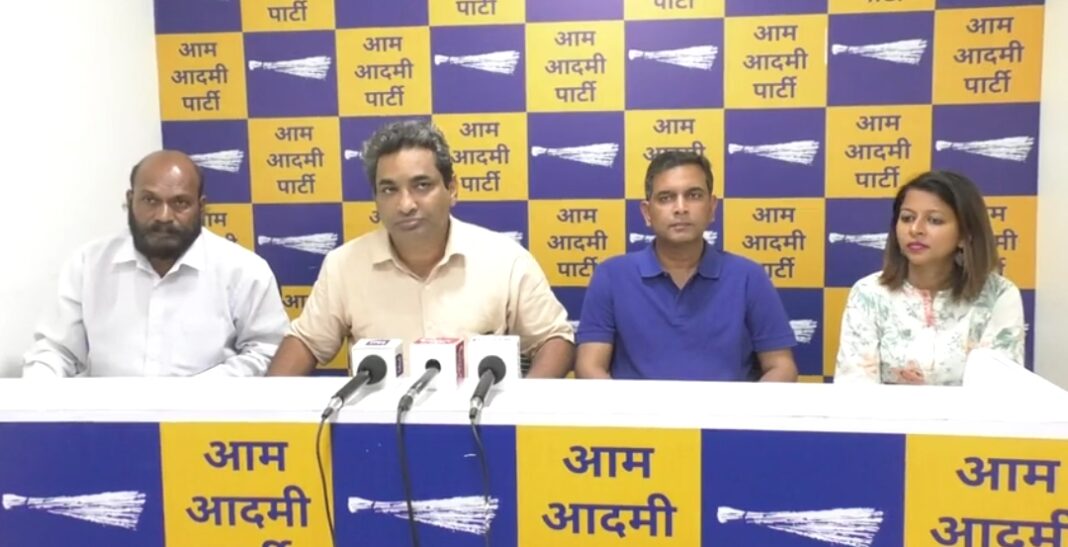 The Aam Aadmi Party Goa Convener and Mapusa candidate Rahul Mhambre stated on Tuesday that the party is very confident of victory and that AAP CM candidate Advocate Amit Palekar will be sworn in as the new Goa CM shortly.

Mhambre asserted that Goa witnessed a high voter turnout of 78.94 percent in the polls for the 40 assembly seats on Monday. There is a huge anti-incumbency wave, which is why this time, the Goans are pushing for a change.

Mhambre said, “AAP has been working on ground for the last five years, and our members have been very active during the last one and a half years because of the pandemic. I believe Goans have acknowledged our work and voted for AAP. We are grateful to the people for having trusted us, our party, and our leadership so highly during the electoral process”.

Adding he said, “AAP is the only party capable of forming a government devoid of corruption, capable of reshaping education and health infrastructure, and capable of implementing AAP national convener and Delhi chief minister Arvind Kejriwal’s governance model”.

Further he said, “We have been working on the ground continuously and we will continue to work for the Goan people. This election is not an end. It is a beginning. We will win with majority and we will advocate for our people. During the last five years, only AAP has played the role of opposition properly. If AAP is elected, we will make sure to fulfill all the promises that were made by us”.

AAP CM candidate Advocate Amit Palekar said, “In this election as well, many tried to influence voters with money and muscle power. Unfazed by this, the people came out and voted for a change. Fed up with the dirty politics of Goa, they voted for a change”.

Adding he said, “People have blessed and supported AAP on Election Day as well. AAP is the only party capable of providing stable government. AAP will continue to fight for Goa and its people”.