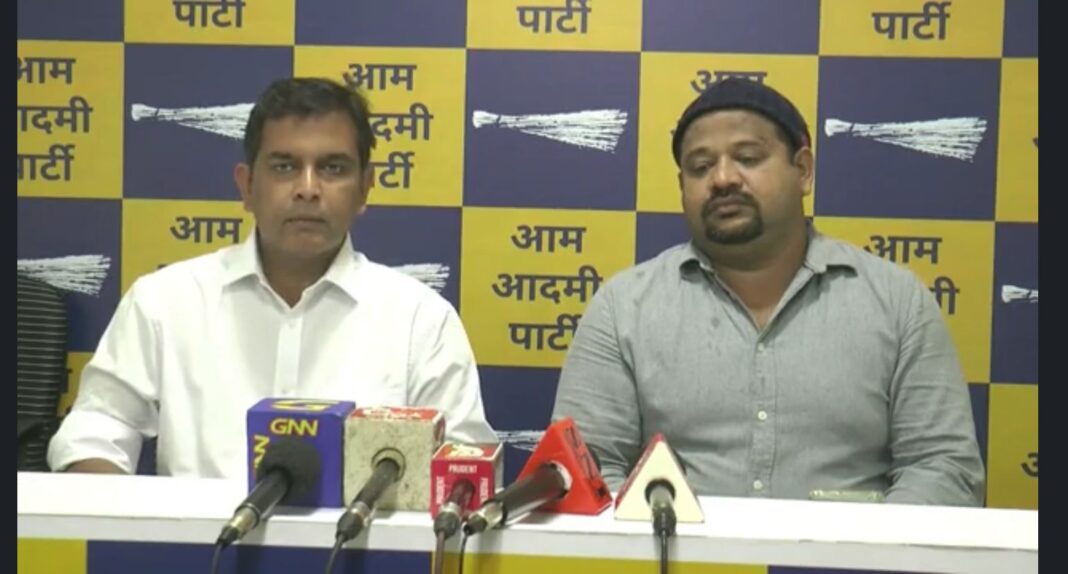 Panaji: Aam Aadmi Party leader Amit Palekar’s visit to the GMC has exposed yet another instance of recruitment irregularities in the health sector.

Palekar claimed that on the first floor of the GMC dean building candidates were submitting recruitment related documents to MTS staff while the dean and director were absent.

While addressing the media on Monday Palekar said, “I have a video evidence of MTS staff collecting the necessary documents from the candidates. After they saw me taking video, everything was wrapped up in five minutes, and the corridor was deserted. I will lodge a complaint with the DGP”.

Palekar poked fun at Sawant, saying that the GMC is currently run solely by MTS staff. I think Sawant should resign and appoint MTS personnel from Sattari who would do a better job than Sawant in running the state.

Earlier Palekar had exposed a major job scam in the health sector by claiming that 95 percent of jobs were given to people from CM Pramod Sawant’s Sakhali constituency and Health Minister Vishwajeet Rane’s Sattari constituency.

Palekar had also alleged that no process had been followed during their recruitment and that people had been appointed before appointment letters were issued.

He said, “The job scam is just the tip of the iceberg. This government is full of scams. The recruitment must be stopped in the department that comes under HM Rane”.

Palekar attacked CM Sawant for not halting the recruitment in the health sector. He claimed that Sawant is afraid of Health Minister Vishwajit Rane, therefore has not set up an inquiry committee to investigate the matter.

He said, “AAP has made all preparations to send those involved in job scam to jail. Appropriate action will be taken depending on the proofs received by the AAP”.

“The BJP government is bringing infrastructure projects in the state with the intention of making money. If the BJP government is truly interested in improving the state, then it should do something in the health, electricity, and water sectors, which lack in basic facilities”, he added.